FOX 2 - It was the height of the COVID-19 pandemic and medical workers were doing their best when a pair of young girls got a big idea to help out.

The girls' efforts are raising quite a bit of money - nearly $1,700. And when Henry Ford Hospital heard what Maybree and Stella were doing they were inspired by their generosity.

"We both were watching the news a lot," said Stella Gustitus."Healthcare workers were risking their lives and needed help to get supplies they needed."

So best friends Stella and Maybree Love from Ann Arbor decided to find a solution to help medical workers get needed supplies and they knew who they wanted to help.

"Stella came up with Henry Ford Hospital in Detroit because they were getting hit a lot harder," Maybree said.

"We wanted to do fundraisers, we thought it would be a good way to raise money," said Stella.

"We would set up a table in the front yard and sell them like that," said Stella.

But as COVID-19 numbers grew, the girls changed their game plan out of safety concerns.

"We moved to online and done many different fundraisers," Maybree said. "We created a website, YouTube channel and Facebook page and that's a good way to market all our fundraisers.

The girls' efforts are raising quite a bit of money - nearly $1,700. When Henry Ford Hospital heard what Maybree and Stella were doing they were inspired by their generosity. 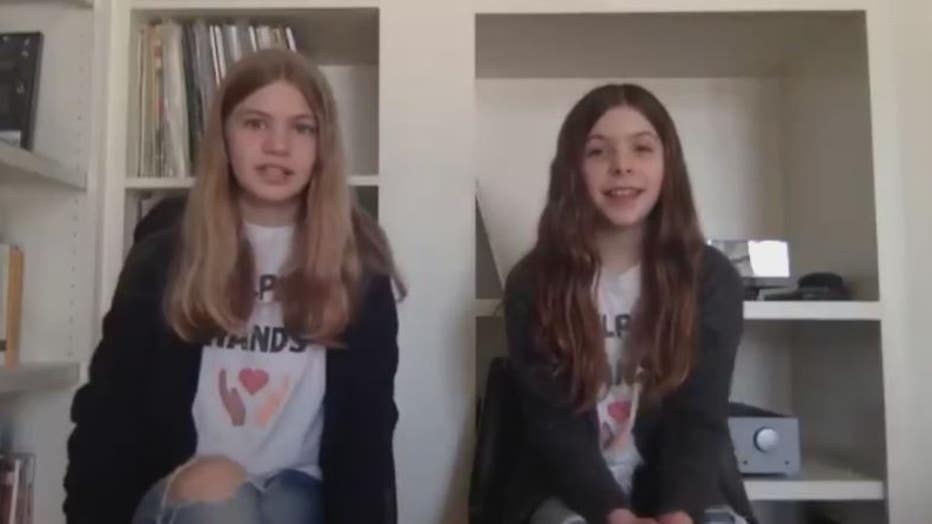 Maybree and Stella from "Helping Hands."

"Any gift of any size is so vitally important to the work that we do," said Mary Jane Vogt, Henry Ford Health System. "Philanthropy is the outpouring of love of humankind."

The girls have a few more weeks of fundraising before they present their donation to Henry Ford Hospital if you would like to learn more about their initiative go to their Facebook page HERE.

"Our goal isn't (just) to raise a bunch of money it's really to put a smile on someone's face," Stella said.