It's the sound the Payton Hope Shock and her family have been waiting and hoping to hear - ringing the bell signifying the 12-year-old has been cancer free for one year.

FOX 2 - It's the sound the Payton Hope Shock and her family have been waiting and hoping to hear - ringing the bell signifying the 12-year-old has been cancer-free for one year.

"I'm happy, thankful," she said. "I made it through one of the most difficult times."

Surrounded by family, friends and some of the medical staff from Children's Hospital the members of Payton's support team have been with her every step of the way. It started back in 2019 when the family received the shocking news that their child had bone cancer.

"The tumor was compressing between her vertebrae and putting pressure on that spinal cord - it was basically cutting off her ability to walk," said Howard Shock, her father. 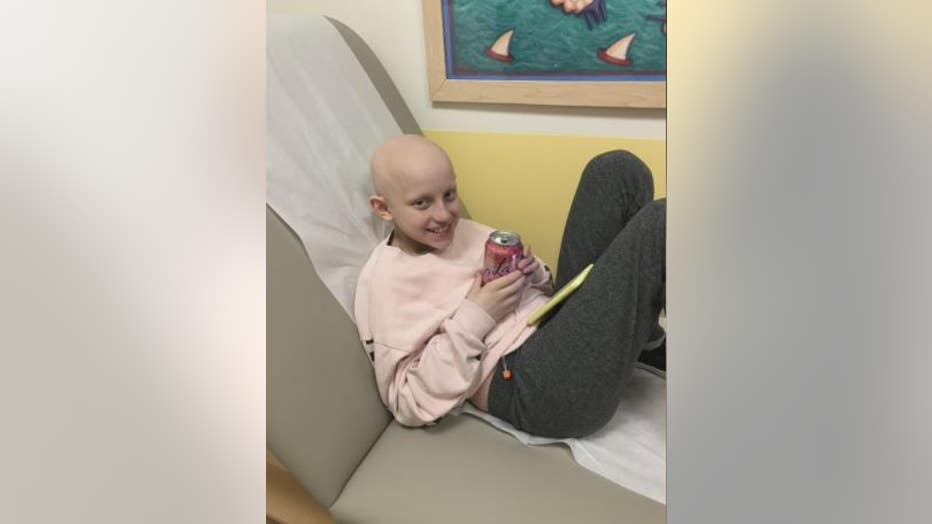 So Children's Hospital stepped in and provided the treatment that she needed.

"She was able to get her surgery, radiation, and chemotherapy successfully," said Dr. Eman Al-Antary, pediatric hematologist-oncologist at Children's Hospital.

After all the hours of treatment, Payton's bone scans showed no traces of cancer. 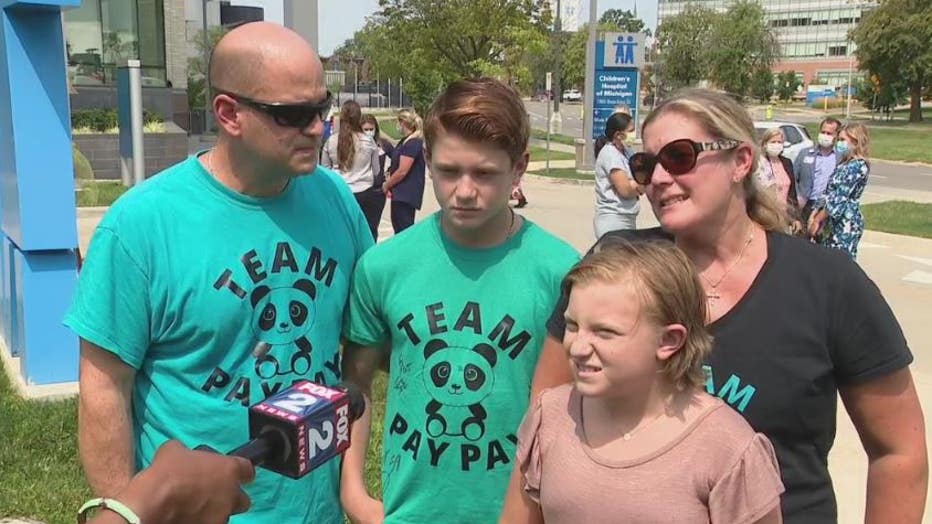 As Payton was ringing the bell her brother, Blake, was also rejoicing

"It made me feel happy that we're finally done with this long journey," he said.

FOX 2: "What are you going to do to celebrate?"

And ringing the bell wasn't the only special part of the day for this 12-year-old cancer survivor. The young hockey fan also received a gift from the Detroit Red Wings with a video message from Sam Gagner.

As the family celebrates this milestone they also rejoice in celebrating a positive lesson about life. 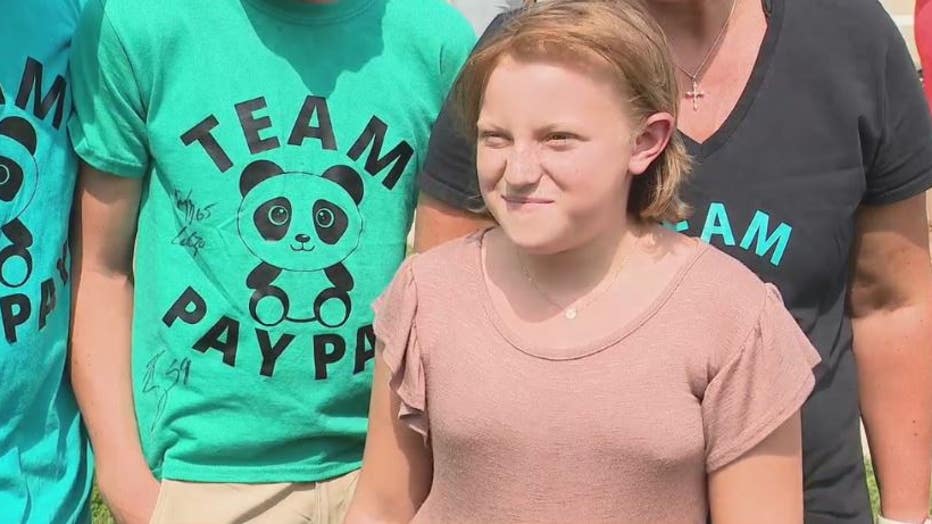 "Oftentimes we focus a lot on the negativity, and this has given us the ability to see the love that surrounds our family and the community, we would not have done it without it," said her dad. "And it also shows us the excellence at Children's Hospital."