On Wednesday, a 16-year-old was arrested after police said he brought an armed 9MM into Southfield High School. The city says quick actions from the school saved a catastrophe from happening.

Police confirmed they were contacted by a third party who said that a student may have brought loaded a gun to school with him at Southfield High School.

When stopped in the hallway by a resource officer and school security, the gun was found in the student's possession.

Police said the tip came in around 8:45 a.m. after a tip call came in about an armed student at Southfield High School for the Arts and Technology around 8:45.

Southfield Deputy Chief Aaron Huguley credits that quick response for stopping the student before he got into any classrooms.

"(They) detained that young man, took him to another location, discovered that he did have loaded fire arm on his person, inside his book bag, the firearm was a 9 mm firearm handgun," said Huguley."I want to highlight that coordinated effort, that collective effort from school administration, school resource officer security, and as well as that security personnel."

The teen's parents were notified and school continued on Wednesday.

"Nothing like this should happen at all, like not even in the beginning, the middle or the end it shouldn't happen at all, but only the second week, it is absolutely ridiculous," said Oliva Griffin who was picking up her cousin.. "It is so scary that something like this actually happened. My cousin goes to school here - he just started going last year."

The student could be charged as early as Thursday morning. 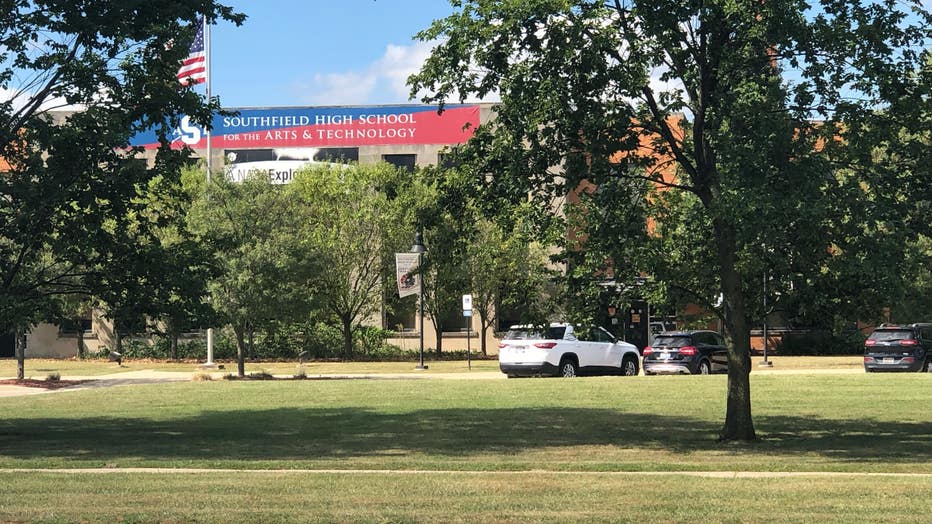