A grease fire at Capital Grille is believed to have led to the fire on the mall's north side.

TROY, Mich. (FOX 2) - Fire crews are at the scene where a 3-alarm fire at the Somerset Collection broke out in Troy Monday afternoon.

Troy Mayor Ethan Baker told FOX 2 that the incident started with a grease fire at the Capital Grille restaurant. The mayor said at 6 p.m. that the fire was out and there were no injuries.

The mayor said that the mall is expected to be open and "fully operational" starting Tuesday.

Earlier this afternoon, multiple cities and apparatus arrived at the scene, after numerous social media posts and videos surfaced by witnesses of billowing smoke coming from the upscale mall.

Late Monday afternoon, a 2-alarm fire broke out at Somerset Collection Mall in Troy and Brenden Woolman shot this video from inside the mall as the fire started.

The mall was evacuated after the fire was reported on the north side of the structure. 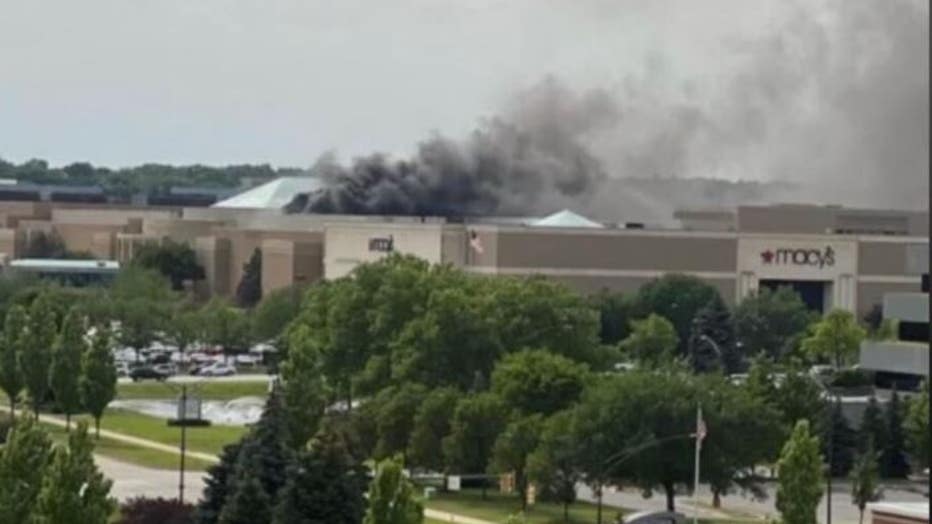 FOX 2 Drone photog Kent Culpert and Matthew Phillips streamed footage of the roof in the moments following the fire being put out. Watch the view from above, in the video player below.

FOX 2 Photog Matt Phillips shows us an aerial view of the Somerset Collection roof in the moments following a 2-alarm fire.