Two vehicles involved in major accident over I-94

A crash on the 10 Mile overpass over I-94 in St. Clair Shores early Monday morning left two vehicles with major front-end damage.

ST. CLAIR SHORES, Mich. - Two men died following an accident in St. Clair Shores when a red sedan lost control, struck a utility pole, them a cement barrier before spinning back into traffic and crashing into another car.

The gruesome accident left the vehicle with major damage both vehicles, including a white SUV that had major front-end damage.

Responding police observed the adult male driver being treated by witnesses before being taken to St. Johns Hospital in Detroit. He was later pronounced dead there.

A male passenger in the sedan was declared dead at the scene.

The drover in the white Jeep complained of a head injury and was also taken to the hospital for treatment.

Witnesses say the red sedan was traveling eastbound on 10 Mile Road when it lost control, left the roadway and struck a utility pole, then hit a cement barrier. The last impact sent the vehicle back into traffic, where it crashed into the other vehicle.

"I was working, giving the guy his cigarettes and all I hear is a big-a** accident," said a gas station clerk nearby. "Like a big sound." 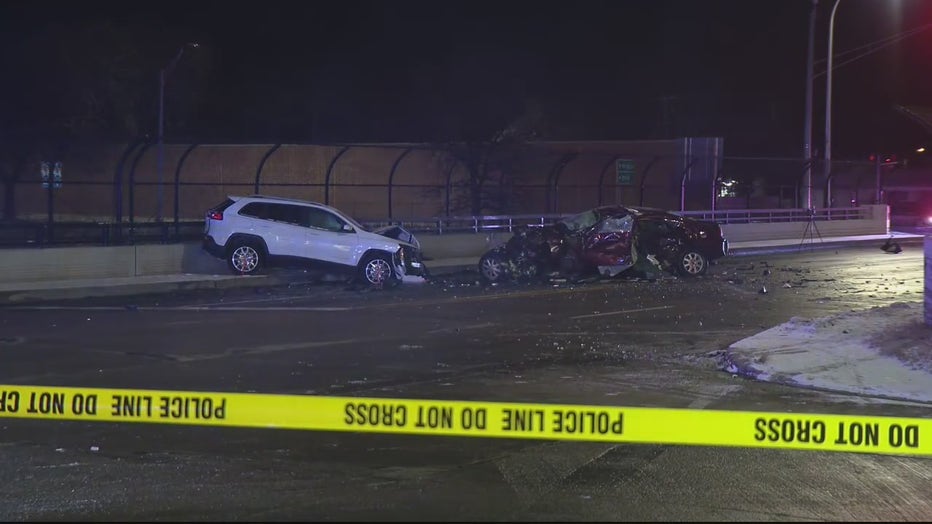