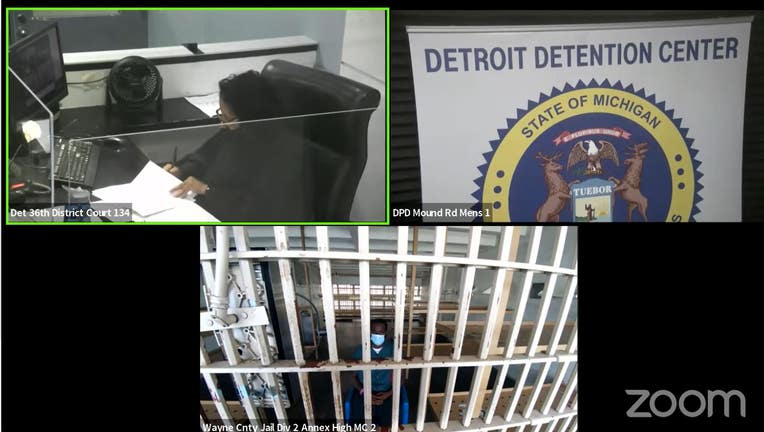 DETROIT (FOX 2) - Two Detroit men have been charged in a murder-for-hire plot that left a 32-year-old woman dead.

Billy Ray Cromer, 40, and Spencer Louis Cromer III, 18, were both charged with first-degree premeditated murder in the fatal shooting of Tiffany Joseph, a Detroit resident.

The men were arraigned Friday in front of Magistrate Dawn White in the 36th District Court.

A previous report from October 2020 cited allegations from the Wayne County Prosecutor's Office that Billy Cromer had attacked Joseph, who was his pregnant girlfriend at the time. The suspect grabbed the victim by the neck, choked her, and repeatedly punched her in the head and stomach.

The attack resulted in the unborn baby dying.

The latest series of charges include both Billy Cromer and his nephew Spencer, which Prosecutor Kym Worthy's Office says was solicited by Billy to kill the victim.

Joseph was found suffering from multiple gunshot wounds after police were dispatched to a home in the 8830 block of Rosemont Avenue in Detroit on July 5. Police arrived around 11 p.m.

Medics then arrived at the scene where they pronounced Joseph. The prosecutor says the murder happened the day before.

Spencer Cromer was also charged with one count of felony firearm. Both men entered not guilty pleas.

Both suspects were remanded and are being held without bond. There next court date is scheduled for Aug. 5.