Vehicle with 2 dogs inside stolen from Southfield groomers

A man was paying for his dogs' appointments at Doggie Styles Pet Salon in Southfield when someone stole his vehicle and his pets.

SOUTHFIELD, Mich. (FOX 2) - When a man walked back inside a Southfield pet grooming shop to pay for his dogs, someone took off with his vehicle and the dogs.

The man put his two dogs inside his 2015 Landrover at Doggie Styles Pet Salon on 12 Mile near Greenfield on Tuesday afternoon. The vehicle was running but he had the key fob when he went inside to pay.

Kelly Styles had just finished with the dogs before they disappeared.

"[I'm] devastated to know those dogs are out there somewhere without their family," she said. "We washed them, sent them out with their Halloween ties on." 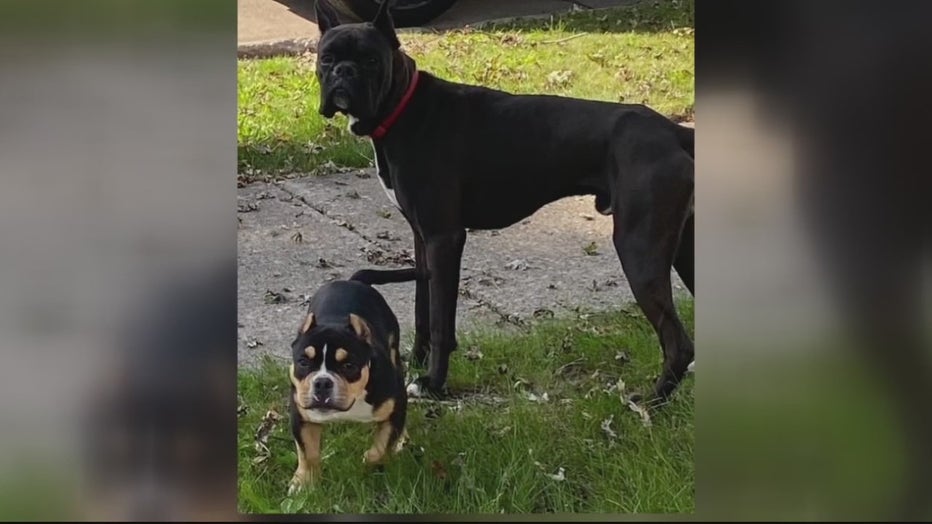 Jennifer Weiskirch, the owner of Doggie Styles, said she opened up her schedule for the dogs because they are loved by shop workers.

"They know every trick. They're loveable dogs," Weiskirch said.

Southfield Police Deputy Chief Jeff Jagielski called the thief an "opportunist." Police said that they believe the Landrover was probably dumped because whoever stole it would not be able to restart it without the key fob.

"If you're still with the dogs please get them to a safe place to get them returned to their rightful owner," Jagielski said.

Weiskirch said that she will take the dogs from the car thief, no questions asked, if they do not want to get in trouble.