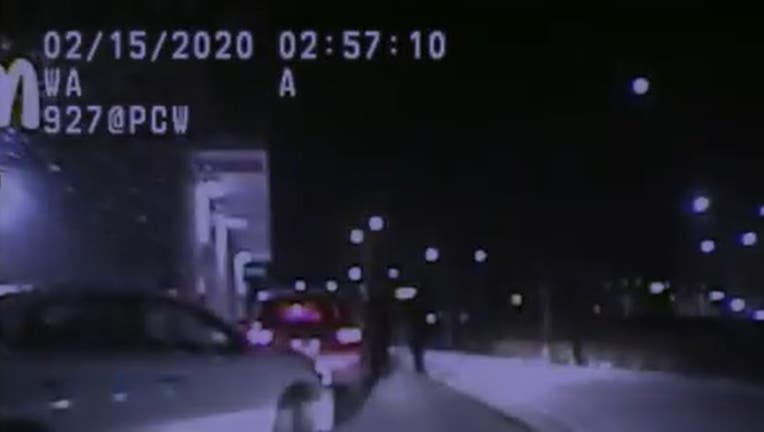 TROY, Mich. (FOX 2) - Two people - who police say did not know each other - were arrested for driving drunk after they fell asleep behind the wheel while at a drive-thru in Troy.

Someone called 911 just before 3 a.m. on Saturday, Feb. 15 to report that two people appeared to be asleep in their cars at the McDonald's drive-thru at Rochester and Big Beaver.

When police arrived they found both drivers asleep at the wheel.

Troy police released dashcam video of the run and officers can be seen pounding on the drivers' windows yelling, 'Wake up!' They say it took "extensive efforts" to wake up both the drivers.

Police added that the drivers did not know each other and that each admitted to having a couple of drinks. It's not known how long they had been asleep.

Both were arrested for operating while intoxicated.

Troy police shared their dashcam video to remind everyone to drive sober.

"Last year, Troy Police arrested 336 drunk or drugged drivers. Don't be our next," they wrote.