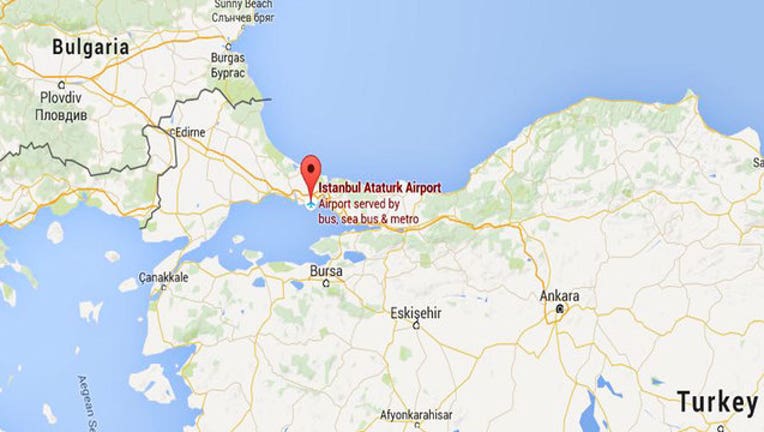 Made with Google maps

Bekir Bozdag said that according to preliminary information, "a terrorist at the international terminal entrance first opened fire with a Kalashnikov and then blew himself up."

Another official said two attackers detonated explosives at the entrance of the international terminal after police fired at them.

The official, who spoke on condition of anonymity in line with government protocol, said he was citing information from the interior ministry. It wasn't immediately clear why his account of the number of attackers was different to the justice minister's.

The official said the attackers blew themselves up before entering the x-ray security check at the airport entrance.

Turkish airports have security checks at both at the entrance of terminal buildings and then later before entry to departure gates.

The private DHA news agency said the wounded, among them police officers, were being transferred to Bakirkoy State Hospital.

The bombings included two in Istanbul targeting tourists — which the authorities have blamed on the Islamic State group.

The attacks have increased in scale and frequency, scaring off tourists and hurting the economy, which relies heavily on tourism revenues.