DETROIT (FOX 2) - Two people are killed after a crash between a car and a train on Detroit's southwest side. FOX 2 is told the car was trying to beat the train over the tracks.

"I have a terrible feeling about it, it bothers me a great deal," said Kathleen Dallas.

Dallas was a passenger on the Amtrak train and recalls the confusion just after midnight on Monday.

"The train made a sudden stop all of a sudden just stopped and then the lights went down," she said. "Everyone was like, 'Whoa, wow, I guess we are not going home now."

Dallas says the train stopped for three hours at the scene on John Kronk and Central streets before continuing to its final destination in Pontiac.

"A bunch of cars took off, sadly this particular vehicle in question continued speeding off at some point, makes it to the railroad tracks (and) attempts to outrun the train," White said.

"Horrible, tragic, did not have to happen," White said. "This drag racing and drifting situation is absolutely unacceptable."

"We are going to be relentless in the enforcement of it," he said. "The community deserves it, I get more calls about that than anything else - the safety aspect of it, people getting hit by cars."

White said that drag racing and drifting are also a problem across the country, as well as Detroit. 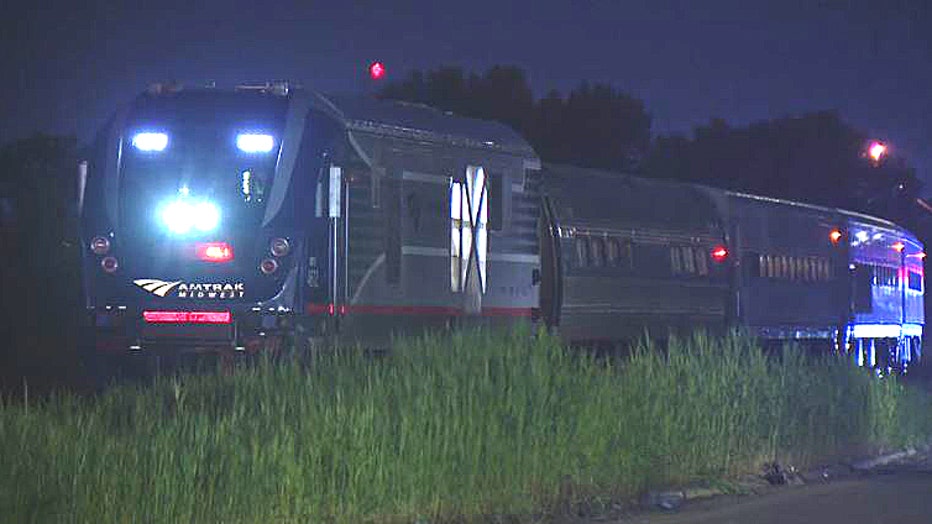