It’s all part of a disturbing crime trend in Detroit where carjackings are reportedly up 40 percent compared to this time last year.

DETROIT (FOX 2) - The Detroit police wants you to take a good look at pictures of a young man who allegedly carjacked a woman at the Mobil gas station on Harper near Cadieux at 5 a.m. Tuesday.

He got into her vehicle after she stepped out and waiting for her to return before stealing the SUV at gunpoint.

Investigators are also looking for three guys who carjacked a 73-year-old man at a gas station on Grand River near Wyoming around 1:30 a.m. Sunday.

The suspects stole his Dodge Ram, iPhone, a pair of Nike Jordan gym shoes even his pants.

It’s all part of a disturbing crime trend in Detroit where carjackings are reportedly up 40 percent compared to this time last year.

"The concern with carjackings is progression of the crime because it starts off as a property crime but it turns violent," said Capt. Vernal Newson, DPD.

And many of those violent encounters happen at gas stations.

"Try to avoid needing gas late at night in an area you’re not familiar with at a gas station that’s not very well-lit, in a bad area alright, with not a lot of people," said Wayne Albright.

Albright is a former cop with nearly 30 years of experience and says in addition to pre-planning and positioning your car in the direction of an exit, situational awareness is key.

"I’m going to put this in and I’m going to keep my back right up against the car," he said. "Why is that? Nobody can approach me on the car side, this is protection and my head is on a swivel all the time. I’m not looking at my phone, I’m not doing anything else."

And if it comes to a life or death situation - there is the gas pump.

"You do have this as a weapon," he said. "You do have this to point at them and spray gas on somebody. Remember that’s only in a life-threatening situation because that’s pretty dangerous."

If you recognize any of the suspects in this story or if you have information about those carjackings please call Crime Stoppers at 1-800-Speak-Up or DPD's Commercial Auto Theft Unit at 313-596-2555. 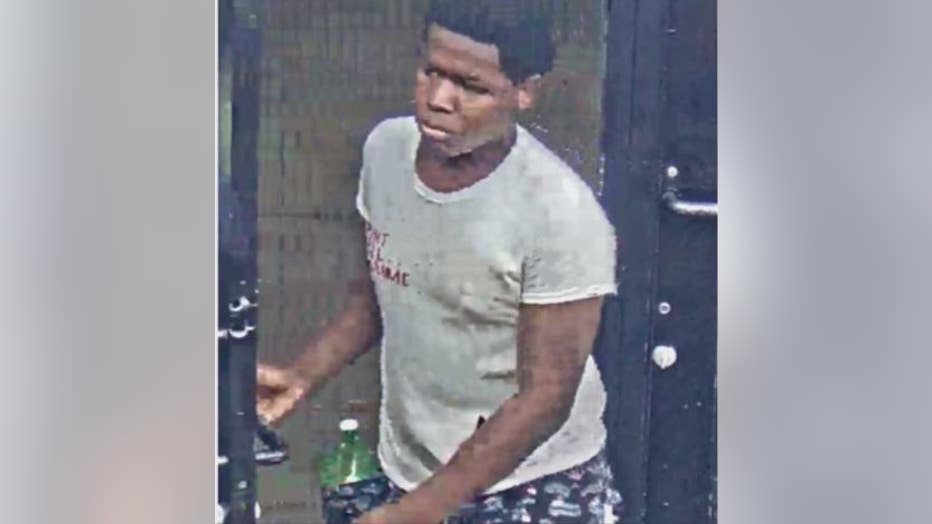 The suspect in a carjacking on Detroit's east side at Cadieux and Harper.