TROY, Mich. (FOX 2) - A man drove a car into a crowd of peaceful protesters on Monday in Troy.

He hit a couple of people but no one was seriously hurt, just bumped by his vehicle. Police jumped into action before things got out of control and luckily the driver was going pretty slow.

There were no injuries thankfully, while both police officers at the march and demonstrators shared a moment of kindness.

Officers said the video can be interpreted a couple of different ways but they are not ruling out that the 68-year-old Troy man did it on purpose.

"People are upset," said Troy Lt. Josh Jones. "We saw that, we expected that."

The peace was interrupted when the Troy man hit several protesters that dipped into the roadway on Coolidge.

He was arrested and later said to police that he had a green light.

"He thought if he pulled up to them they would move," Jones said. "And you know, the protesters didn't move and unfortunately there was a couple of people struck by his car.

It was at a low speed so no one was hurt. The lieutenant says cell phone video shed some light on what happened.

"It is a gray area and you can interpret the video in a couple different ways," Jones said. "To say it was purposeful, I'm not going to completely discount that and that was also the opinion of our officers on the scene yesterday."

The incident leveled up the intensity leading to a demonstration on Coolidge. The protesters, mostly college-age, called on officers to join. 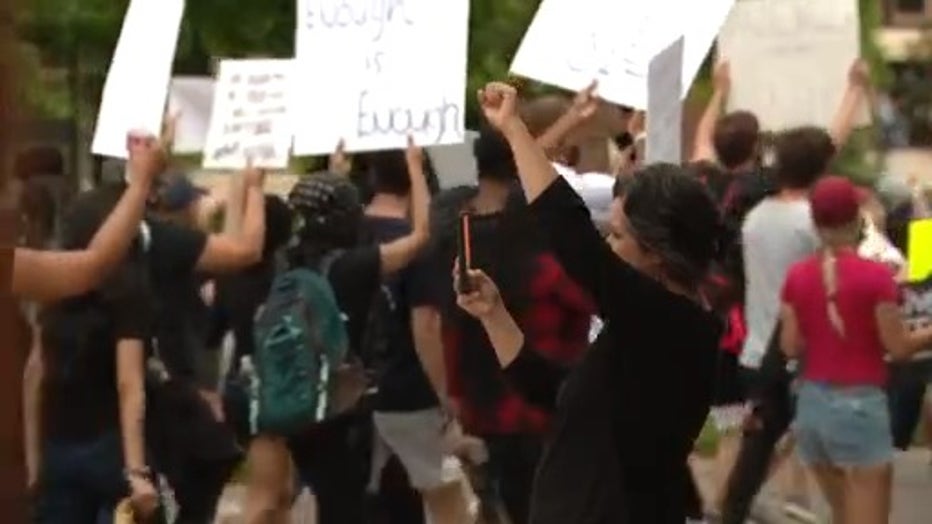 Purposeful or not, Jones says they worry about protesters in the streets.

"There is a danger. When we are talking about being on busy streets, especially with distracted driving and drinking and driving, all of these things."

The police are getting ready for another protest Friday. we will provide security for them.

"We will provide security for them, we understand and believe in their right to protest so we will do everything we can," Jones said.

The driver in question has been released pending any charges that will be decided on by the prosecutor's office. 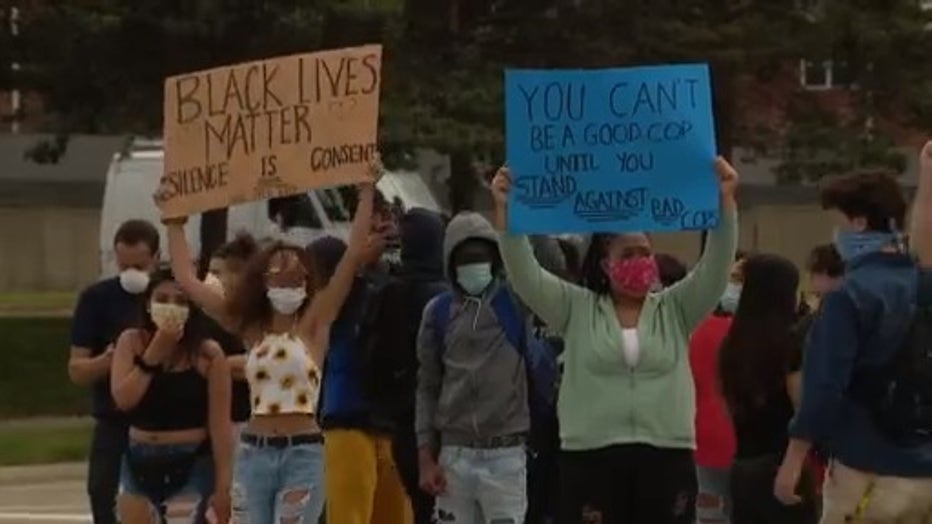