The freeway was closed for around 9 hours. The crash is still under investigation.

Investigators say both trucks caught on fire after the crash, killing the drivers at about 2:49 a.m.

"Every day is a challenge. Every day, there's a possibility we may not be able to make it home," Hicks said.

State police say that one semi-truck was entering EB I-94 from Baker Rd and overturned coming to rest across I-94. Another box truck was traveling EB on I-94 and struck the overturned truck. 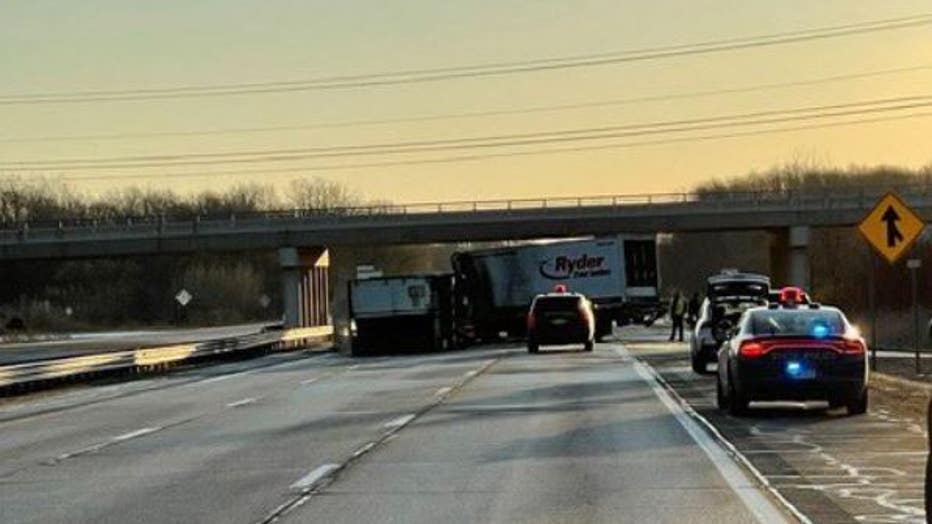 "When I heard the tragic news, it just bothers me because we all stick together out here. We keep in contact on the radio, so every driver is family," Hicks said.

The crash happened on I-94 near Baker Road in Scio Township and is being investigated by the MSP Brighton Post.

"Safety is priority. Every time we are on this road that's the main thing we practice, Hicks said. "Unfortunately, the situation that took place … it really hurts to see another co-driver lose their life."

The crash is still under investigation and the identities of the drivers have not been released as of this time, Michigan State Police said in a tweet.

Hicks has a message for the grieving families.

"My prayers and condolences go out to them and I pray that they can get through this tragedy. They definitely have my prayers," said Hicks.