Three thieves broke into Huron Valley Guns but failed to get to the showroom. The Oakland County Sheriff is releasing the video hoping someone recognizes them before their next attempt at another location is a success.

The Oakland County Sheriff's Office said incriminating Facebook posts aided the investigation in the arrest of Dylan Hinkle, 18, and Emanuel Northern, 19. There is a third suspect still at large. The social media post showed the suspected gang members standing by the vehicle they used in the break-in which saw them enter the cafe section of the gun store but fail to penetrate the security doors leading to the showroom containing the weapons.

In the Facebook post, Hinkle and Northern are standing by the Jeep used on camera at Huron Valley Guns, and they are with weapons allegedly stolen from a gun-store break-in they orchestrated a few hours later in the city of Portage on Sept. 21. They are facing multiple felony charges after their arrest.

Warrants were issued Tuesday charging Hinkle and Northern with breaking and entering with intent to commit larceny – a 10-year felony. 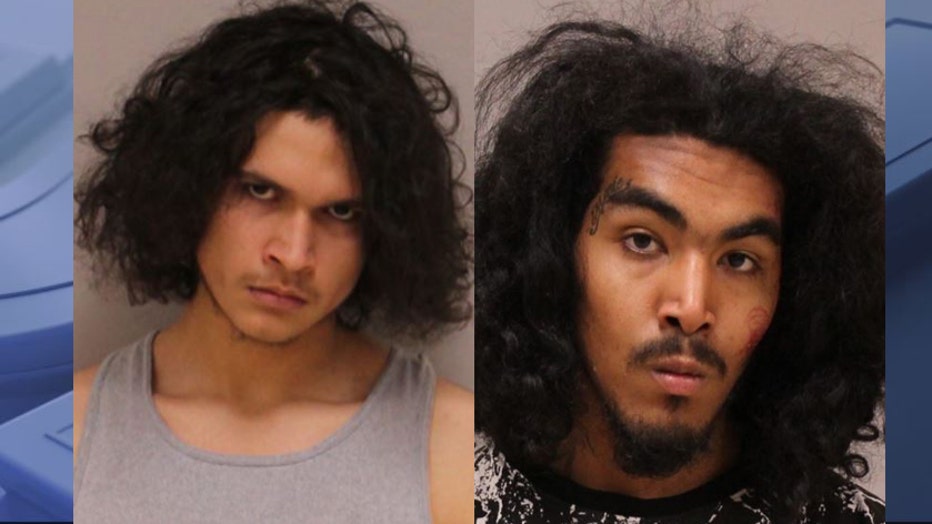 "Clearly, these individuals engaged in a criminal enterprise of breaking into gun stores and selling them into the criminal underworld," Sheriff Michael Bouchard said. "Without question, I believe these guns ultimately would have been involved in numerous other crimes and possibly homicide. Great cooperative police work with the agencies involved in taking these dangerous criminals off the street."

Hinkle and Northern are accused in a break-in at Tactical Advantage Guns in Portage where numerous laser-equipped training pistols, with a total value of more than $1,000, were stolen.

They are being held on a $50,000 bond in the Kent County Jail on a federal charge of conducting a criminal enterprise as they await possible other charges. Detectives believe the suspects had identified buyers for the stolen weapons.

Oakland County Sheriff’s detectives sent out a bulletin to other police in the state alerting them to the break-in. Portage police contacted Oakland County detectives and described a similar break-in that happened a few hours after the Lyon Township incident. The Kent County Sheriff’s Office saw the bulletin and identified two of the three suspects through Facebook posts, based on their clothing.

A Kent County Sheriff’s analyst, who had been in contact with Portage police, later discovered a video of the suspects posing with the guns stolen from the Portage store had been displayed on Facebook.

Grand Rapids police and a U.S. Marshal’s task force began watching a house known to be occupied by one of the suspects. On Sept. 23, a search warrant was executed, and two of the three suspects were found in the home. Both suspects identified themselves as gang members.