LIVONIA, Mich. (FOX 2) - Producer Note: Video in this story may be upsetting to some viewers, but police said it is something we can all learn from.

The video is gut-wrenching, but the outcome was extraordinary.

The video is gut-wrenching, but the outcome was extraordinary.

A 2-year-old boy nearly drowned in a hotel swimming pool in Livonia. He struggled to keep his head above water, flailing about to stay afloat before sinking to the pool floor.

He was submerged for nearly five minutes.

It all happened at the Holiday Inn on Schoolcraft Jan. 24. Livonia police releasing the chilling video to raise awareness and commend courage.

"Once the person in submerged, no one sees him. nobody at all except for a 9-year-old," Taig said.

And that 9-year-old girl recognized something is terribly wrong, springs into action.

"She goes back and gets the other hero, her Godmother, who doesn't disregard it," said Taig. "She gets up and then she comes over and sees the lifeless body at the bottom of the pool."

She lifted him out of the water-his limbs noticeably limp, serendipity was not. A pair of off-duty nurses staying at the hotel for a convention, were working out in the fitness center and noticed the commotion poolside.

"They hear the chaos and they ran towards it," Taig said. "And then they do what they're trained to do they take over CPR. They do multiple rounds and they bring this baby back."

Taig is convinced that if any of the four people who intervened failed to do so, the boy would have died.

"I think we would be telling a different story I truly, truly do. if we take one piece out of that puzzle, it's a different ending.

Livonia police is hoping this close call will motivate parents to be more vigilant, more alert when their kids are in the water.

"Be aware when you get them near the water whether it's the lake or the beach or the pool," Taig said. "Just take care of the people you love because you see how quickly a great night can turn into a tragedy."

Livonia police nominated all four people who intervened for their highest civilian honor. the Exceptional Service Award. Livonia PD also says this story underscores the need for water confidence and the need to know CPR - and for parents to get their kids swim lessons.

It is unclear if the mother will face charges-the investigation has been handed over to the Wayne County Prosecutor's Office. 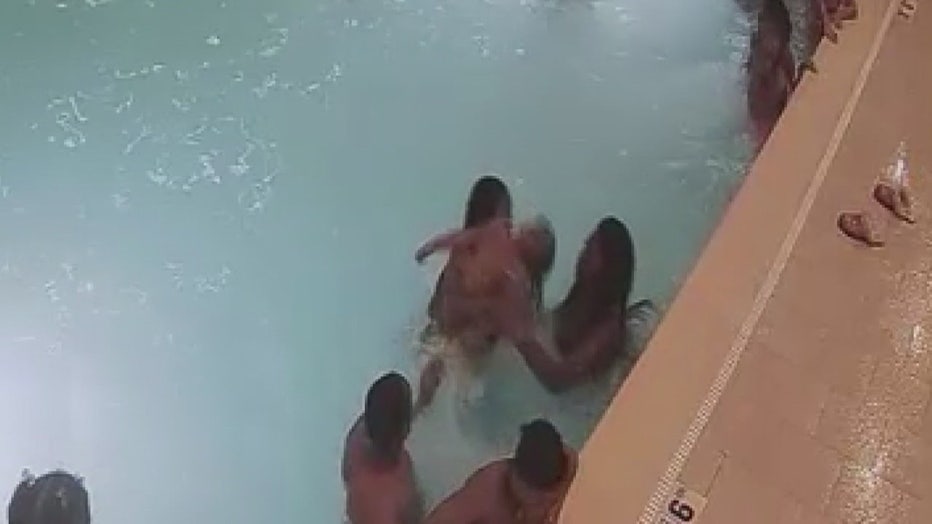