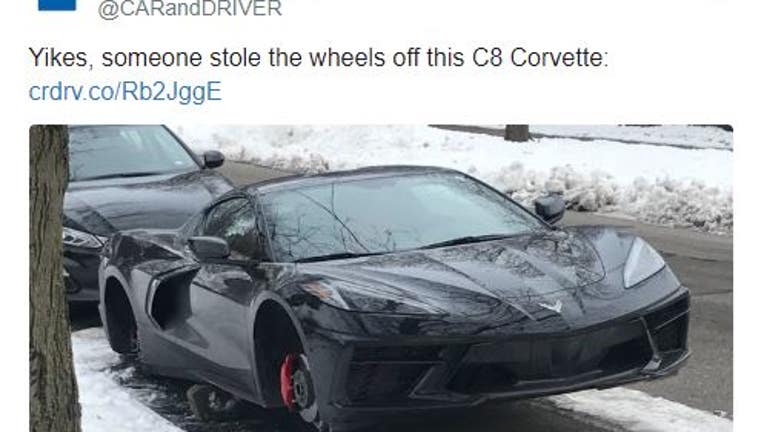 DETROIT (FOX 2) - The 2020 Chevrolet Corvette Stingray is not on sale yet, but there are photos of one with its wheels stolen from it in Detroit.

Both Car and Driver and MotorTrend have each published images of a black 2020 Stingray propped up on bricks with its wheels removed. According to reports, it was found at the corner of Coe Avenue and Parker Street in the West Village neighborhood, about four miles from the General Motors downtown headquarters.

A Chevrolet spokesman told Fox News Autos that the car is an engineering vehicle owned by the company and that the crime is being reported to Detroit police.

The C8 doesn’t have manufacturer’s license plates, which raised questions due to the production of customer models not set to begin until February.

The rights to the first one off the line were sold last week for $3 million at a charity auction, reports Foxnews.com. 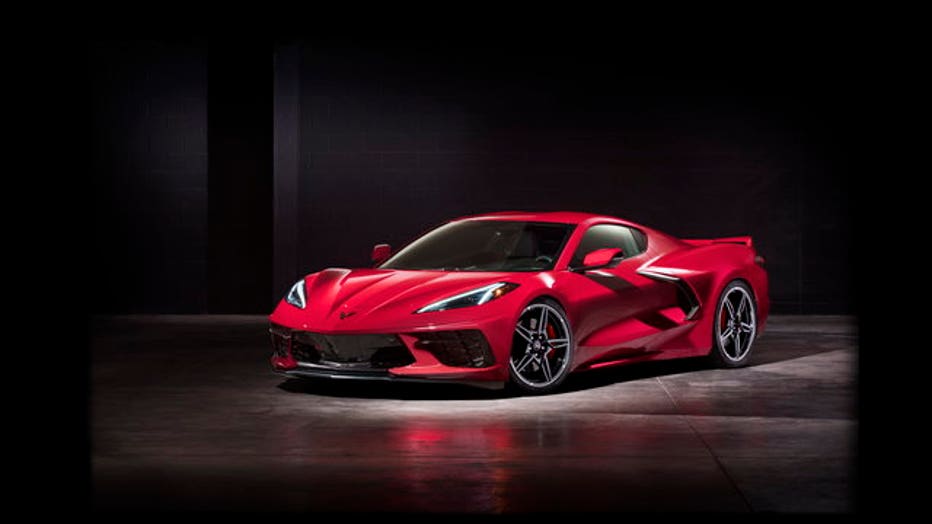 Recently two Chevrolet employees were arrested for street racing in Kentucky near the factory where the model is built.