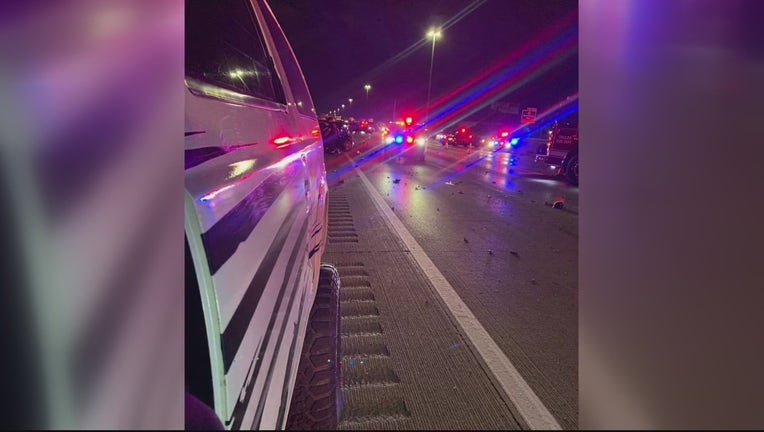 TAYLOR, Mich. (FOX 2) - The Michigan State Police Department is investigating an overnight crash that killed 3 people on I-94.

At 2:55 a.m., MSP responded to the crash on I-94 near Monroe Street. Investigators said a silver GMC Envoy was driving eastbound when it crossed the median into westbound traffic.

The Envoy struck a GMC Yukon and a motorcycle head-on said MSP. The driver and passenger of the Envoy as well as the motorcyclist were instantly killed in the crash.

The driver of the Yukon was trapped and had to be cut out of the car by the Taylor Fire Department. The Yukon's driver and passenger were taken to the hospital in serious condition.

The freeway was closed during the investigation. Investigators currently don't know why the driver crossed the median.

READ NEXT: Suspects get low bonds after shootout at Warren gas station