3 people were shot in dispute between couple at Detroit motel

Preliminary information from police say after a woman and her boyfriend got into an argument, the female's brothers were called and planned to confront the boyfriend. Instead, shooting between the two parties unfolded outside a motel in Detroit. Three people were shot and all three are in critical condition.

DETROIT - Three people were shot and are now in critical condition after an apparent fight between a couple escalated into a gunfight at a Detroit motel.

Preliminary information from police say the brothers of the girlfriend and her boyfriend are all in the hospital after the shooting early Tuesday morning.

While they were traveling to the hospital, the brothers also got into an accident with a Southfield police vehicle.

The scene unfolded outside the Deluxe Inn Motel around 1 a.m. in Detroit, located near Grand River and Winston.

Police said it started when a boyfriend and girlfriend got into a fight at the motel, prompting the woman to call her two brothers.

After they arrived, police said the boyfriend came out shooting and struck one of the brothers. The other brother, who is driving a red Dodge Ram drives it into the boyfriend and pins him against the wall.

More gunfire spilled from the scene.

At one point, according to police, a brother gets the boyfriend's gun and shoots him.

From there, the two brothers hop in a different car and travel to the hospital on Greenfield and Eight Mile when they get into an accident with a Southfield police car. The boyfriend ended up in a different hospital.

As per police protocol, the series of events reported is preliminary information and is subject to change.

There were deputies from Oak Park, Southfield, and Detroit all at the scene.

No more details were released to the police. 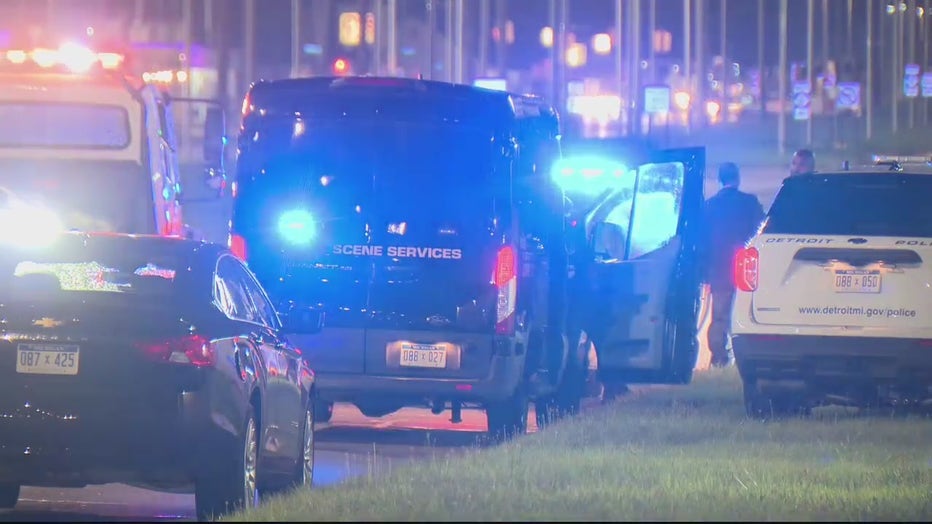