FOX 2 - Intruders broke into a family's Walled Lake home in the middle of the night. A mother jumped into action to protect her children.

The woman got the family's gun out, as they waited for police to arrive to protect her children. Police ended up arresting the three suspects, while tense moments were caught on video inside.

Terrifying moments for a family in Walled Lake when intruders break into their house in the middle of the night.

In the video you see two young boys wake up suddenly just after midnight on Monday. Their father had just left the family home near South Commerce Road and Indianwood Trail when his wife calls him to say that someone was breaking in.

Three suspects - two men and a woman kicked in the family's front door with several dogs in tow.

On the video, you can see one of the man's sons picks up a phone to call 911.

This husband and father remained on the phone with his wife rushing back home but said he overheard  "We're going to kill you (n-word)."

That's when this man says he told his wife to "get the gun."

Moments later that gun goes off and you see on video the two boys ages 9, and 13, run for cover.

"Me not being there, it was scary," he said. 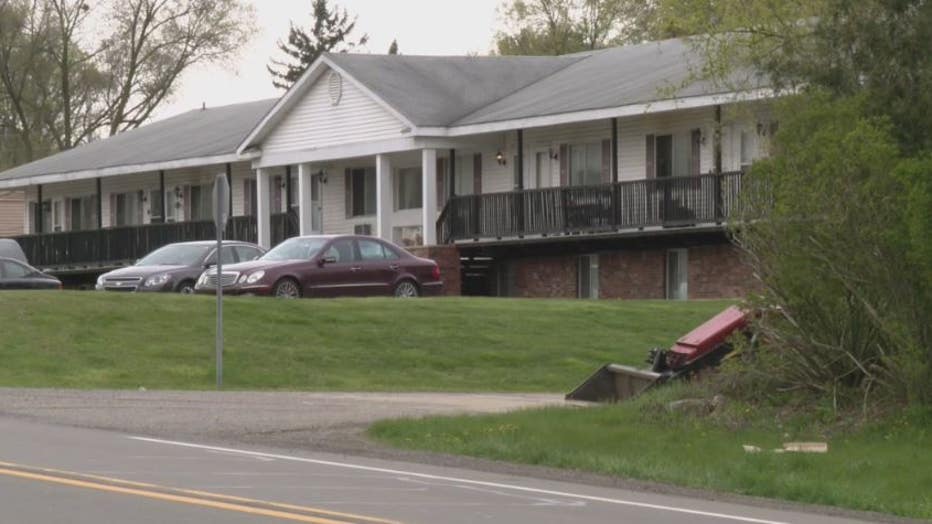 It's unclear at this time if the incident is being investigated as a hate crime but there's extensive property damage as a result of the incident.

The husband and father says he's candid with his sons about the incident.

"They know we don't live in a perfect world," he said.