Families, friends and first responders gathered to honor those lost in the crash of Northwest Airlines Flight 255. The plane crashed into a bridge on I-94 just after takeoff from Detroit Metro Airport, 148 passengers were killed, six crew members - and two people on the ground also died.

ROMULUS, Mich. (FOX 2) - Thirty-five years ago, Northwest Airlines Flight 255 crashed moments after taking off from Detroit Metro Airport, killing everyone on board expect for a toddler.

The plane was headed to Phoenix on Aug. 16, 1987. It cleared the runaway at 8:46 p.m. and started to tilt. The left wing clipped a light pole, then the plane sheared the roof off a rental car building. 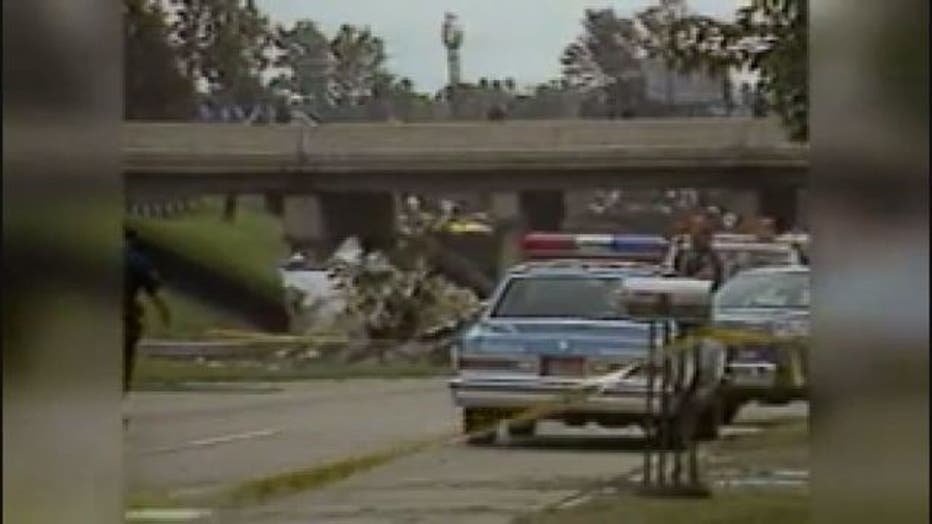 It then crashed onto Middlebelt Road, just north of Wick Road, and burst into flames. As it crashed, it hit vehicles on the road, killing two people.

The crash killed 154 people on the plane – all six crew members and 148 passengers. Cecelia Cichan, who was 4 at the time, survived. She was with her mother, father, and brother, traveling back home. She suffered severe burns, broken bones, and a skull fracture.

Cichan, who went to live with family after the crash, shared her story in the 2013 film "Sole Survivor."

The National Transportation Safety Board said the plane's crew failed to set the wing flaps properly for takeoff. The agency also said a cockpit warning system did not alert the crew to the problem because of an electrical issue.

After the crash, Northwest Airlines stopped using flight number 255. The airline merged with Delta, which also does not use 255.

Read the full investigation report below. (Click here if you can't see it):