SUMPTER TOWNSHIP, Mich. (FOX 2) - Four cousins were found shot to death inside a home in Sumpter Township, Mich. over the weekend, sparking a manhunt for a 37-year-old suspect that used to be engaged to one of the victims. The suspect eventually turned himself in Sunday to police, about 120 miles away from the crime scene.

The victims have been identified as sisters Sarah and Laura Tanner and their cousins, brothers Forrest and Neil Sampson.

A man accused of shooting four cousins to death at a home in Sumpter Township is in custody awaiting charges.

"We were dispatched to that vicinity on a cellular 911 call where two people were arguing. And we pinpointed that house and we came upon the scene."

All four were shot dead.

Then, a manhunt for the alleged shooter, 37-year-old Raymond Bailey, who's Laura's ex-fiance.

"There was that almost 24-hour period where we just didn't know what happened to him and where he was."

Bailey ended up turning himself in Sunday about 120 miles away from the scene in the Bay City area, where we are told he had ties and had confessed the murders to family and friends over the phone. He's in custody awaiting charges.

"We are doing the absolute best we can do for the family. We want to give them closure," Chief Luke said. 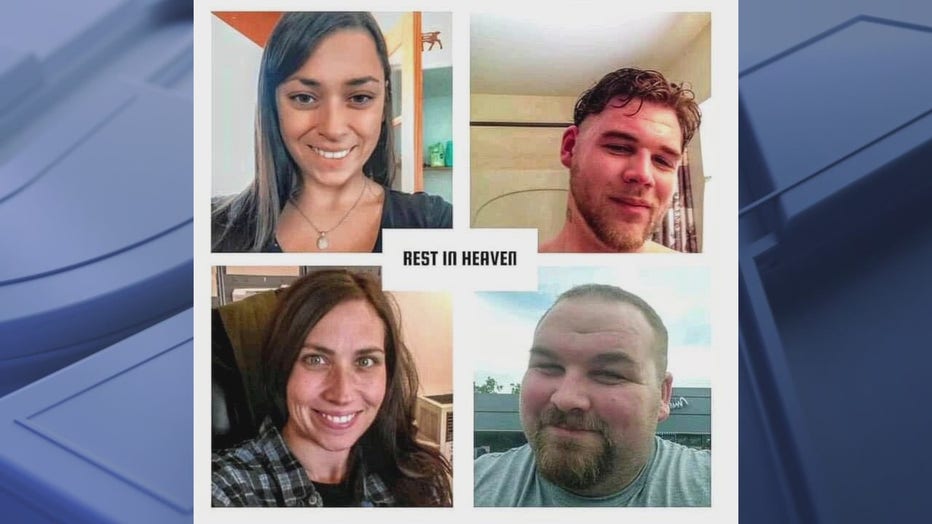 Laura and Bailey had a rocky past. Last fall, he was charged with assault with intent to do great bodily harm and a domestic violence misdemeanor. The charges were dropped.

Law enforcement sources say Laura did not show up for court and they couldn't proceed. When police went to find her they couldn't and the charges were dismissed. Chief Luke admits hindsight is 20/20.

"Such is life. You take one piece and change something along the way and it changes the outcome."

The family is now planning four funerals. To help with costs a GoFundMe page has been set up. If you'd like to make a donation, you can do so online here.

Sumpter Township is in Wayne County, about 35 miles southwest of Detroit.