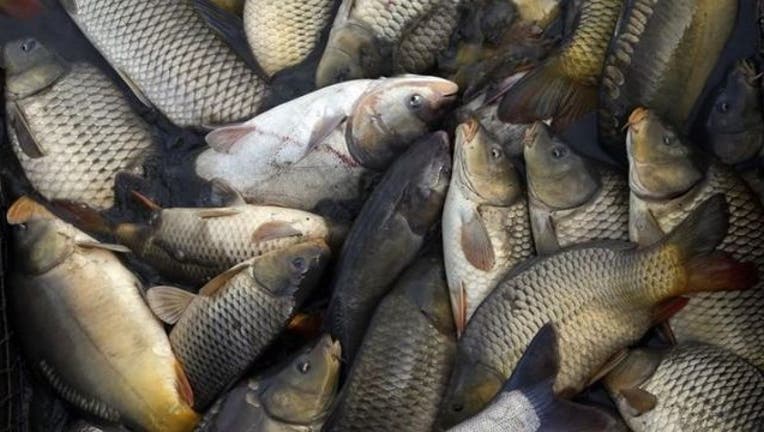 We can run, but we cannot hide, from all the toxins that rob us of our health and vitality in this industrial world. However, armed with adequate scientific information, we can avoid many toxins and strive for optimal health.

One big group of health stealers are the heavy metal toxins. These include the big four: mercury, lead, arsenic, and cadmium. These metal compounds are found in the earth's crust but play no role in human health. Indeed, they have been associated with a range of illnesses in children and adults, including cardiovascular disease.

Recently, the exposure of high levels of lead in the water in Flint, Mich.-roughly an hour north of where I practice cardiology-has raised awareness of the presence and risk of toxic metals. Other city water sources are now being implicated as sources of toxic heavy metals, and it's recommended to use a water filtration system, as I have in my home and restaurant.

The health benefits of eating fish have some support, but concern over the high content of mercury contaminants has led to brand-new warnings for pregnant and breastfeeding mothers. Recently, the Environmental Working Group performed an analysis of pregnant women who eat fish to examine their exposure to mercury.

Overall, the EWG recommends that when eating fish, pregnant women should avoid high-mercury species-not just ones the FDA already warns are dangerous, such as shark and swordfish, but also types the federal guidelines don't yet caution against, such as tuna, sea bass, halibut, and marlin.

A current dietary trend recommended by some health authors is to consume a broth made of animal bones for better skin, GI health, and other purported benefits.

But when exposed to lead, animals and humans often store the toxin within bone minerals. In 2013, scientists measured the levels of lead in broth made from the bones of organic chickens. The broth was found to have "markedly high lead concentrations" compared to water cooked in the same cookware.

I am unaware of any commercially available bone broth or collagen powder that tests for lead levels, so beware.

Cadmium is a toxic heavy metal that has been linked with cancers of the lung, pancreas, breast, prostate, endometrium, and urinary bladder.

Cigarette smoking, in particular, provides exposure to high levels of cadmium, believed to be due to contaminated soil. Recently, cadmium has also been identified in e-cigarettes and those that vape. An effort is now under way in California to label these products as potentially carcinogenic, similar to the labeling required in Canada.

If the play Arsenic and Old Lace were to be renamed, it would likely be Old Rice. Rice efficiently absorbs arsenic from irrigation water, soil, and even cooking water. Arsenic exposure is linked to heart disease, kidney disease, brain disease, and diabetes.

Recently, the potential for arsenic toxicity has made headlines in terms of the health of infants and children. The FDA just highlighted that rice formulas should not be the only source, or even the first source, of nutrition for an infant. Barley, multigrain. and oats are preferred nutrition sources. (Here are recommendations for purchasing the rice lowest in arsenic.

We no longer live in the Garden of Eden, and knowledge of toxic environmental pollutants is not optional.

Persistent organic pollutants, or POPs, are abundant in the fat stores of fish and other meats and are related to heart disease, diabetes mellitus. and dementia. Pesticides and herbicides are abundant in our bodies from eating conventional farmed products-but switching to organic products for just one week can have a profound effect in lowering levels in tissues. And plastic bottles, thermal receipts, and canned foods expose us to bisphenol-A and bisphenol-S, which interfere with our endocrine function.

We can now add toxic heavy metals to the list of environmental pollutants to avoid. While there's no controversy  over the recommendation to never smoke, perhaps it is no longer wise to teach a man to fish, along with cooking bone broth or rice.