That was Hazel from one year ago as she and her family dropped off food donations for the families in need at Lighthouse in Pontiac.

A little girl with a big heart is making quite an impact for Lighthouse of Pontiac.

At just 4 years old, she had seen a homeless person on the side of the road asking for help. So that's what she did - and what she's doing.

This year at age 5, her food donation drive was off the charts with friends and classmates and all kinds of families wanting to help.

"I put it on Facebook and so many of our friends reached out - I was just blown away," said her mother Holly.

"Did we drive around and collect from people's porches?" her mom said.

"And everyone brought food over?"

On Sunday, on the final day of their food drive, they were shocked at the bags and bags of donations that were dropped off.

"We were shocked when everyone just kept bringing more and more bags - like - more?" said Holly. "This is a great problem to have - I ran out of boxes, ran out of tape, we were trying to scrounge around and find boxes but we made it work.

"What an amazing effort that they have put on," said Russ Russell from Lighthouse. 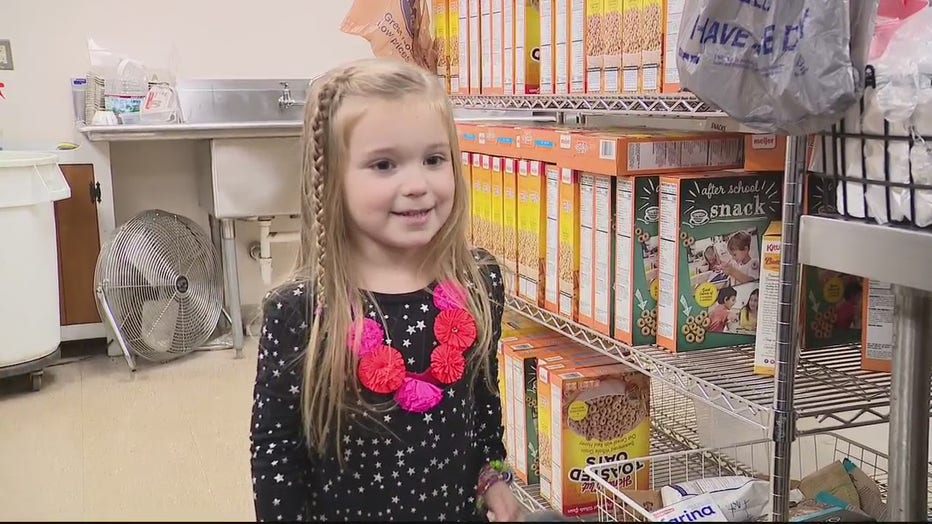 Russell went out to pick up the donations - and was so grateful because the need is so great.

"We have more now than we ever thought that we would ever have," Russell said. "So having Hazel and her family and friends come together with donations is so needed and greatly appreciated."

Russell says Lighthouse has been inundated with people in need due to job losses from COVID-19.

And with Thanksgiving just around the corner - he's hopeful Hazel and her friends - will inspire others.

"You know the spirit is in the giving,": Russell said. "I hope that Hazel will inspire your viewing audience to join her in helping us to help those less fortunate." 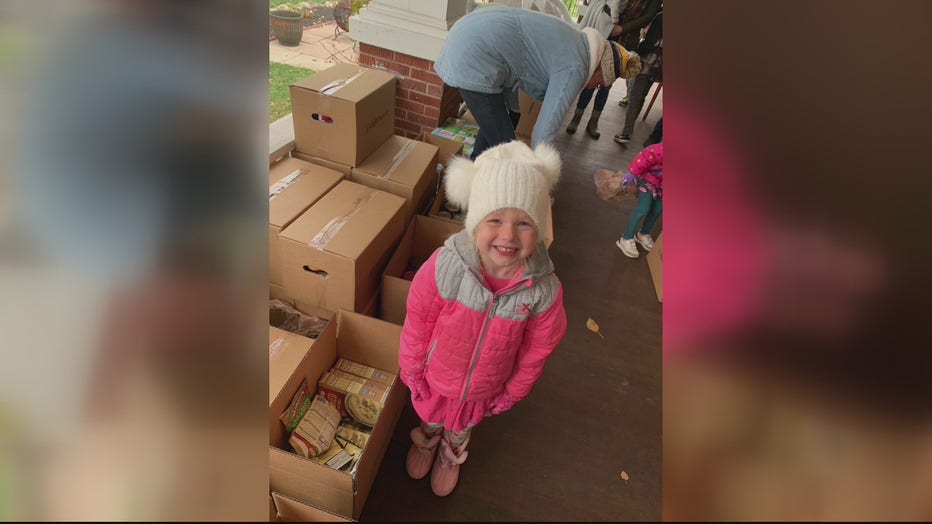 So many - especially now, who could use the help and the gift - really is - in the giving.

"There's a lot of uncertainty for a lot of families out there," said Hazel's father Jacob. "It really feels good to be able to give back - especially when we have been so blessed."

"It was a big group effort and we're just so appreciative of everyone that helped," said Holly.

To learn more go to Lighthousemi.org.