(FOX 2) - The U.S. Marshals is looking for a murder suspect out of Ohio who's believed to be hiding in the metro Detroit area.

Seventeen-year-old Adarus Black is wanted for the murder of a recent high school graduate who died when someone opened fire on her car.

The U.S. Marshals is looking for 17-year-old Adarus Black, who's wanted in connection with a young woman's murder out of Akron, Ohio.

"Why? That's what I gotta say to Adarus Black. Why?" Na'Kia Crawford's mother, Lisette Williams, said. Although that question may never be answered, she is holding out hope that Black will be found and brought to justice.

Nearly two months ago on June 15 Crawford, who lived in Akron, Ohio had been helping her ailing grandmother run some errands when Black and two others approached her Chevy Camaro with a gun.

"We believe it was probably a case of mistaken identity," said Owen Cypher, who's with U.S. Marshal Eastern Dist. of Mich. "Mr. Black had been involved in some confrontation with some individuals in Akron. It was pointed out to Mr. Black like hey that was the vehicle that shot at you. And they approached the vehicle and just opened fire without even identifying the occupants of the vehicle."

At least eight shots were fired. Crawford was hit six times - in front of her grandmother. She died the next day.

U.S. Marshals say two of the men suspected surrendered to police but Black took off and has been hiding out ever since.

"Our life has not been the same since. And I don't think it's fair to us to have to live with this and that man can live his life like nothing ever happened," Williams said. 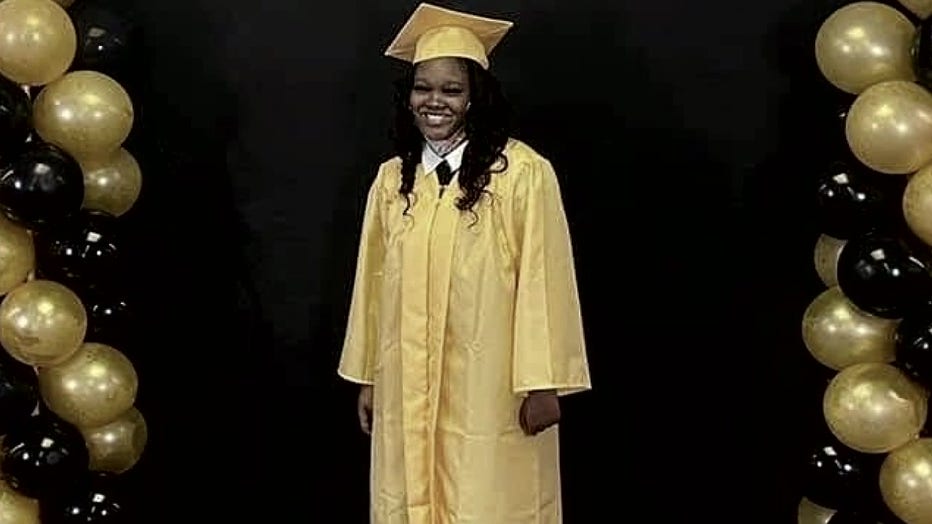 They believe family or friends may be hiding Black in the Detroit area. His father is notorious drug smuggler Adarus Mazio Black from Detroit and is serving a life sentence in federal prison. His father had been on the run until 2007, even getting plastic surgery in Mexico to alter his appearance and distort his fingerprints.

"Obviously he grew up in an environment where violence and crime were prevalent," Cypher said of the younged Adarus.

U.S. Marshals says despite his age Adarus Black Jr. already has a criminal history. He was busted for possession of drugs, including fentanyl, and failed to show up in court.

"I think he should be considered armed and dangerous," Cypher said.

Crawford's mother is now hoping someone in Michigan will help bring the man who so casually took her daughters life to justice.

"We just going to see how tough you are when you go to prison," she said.