DEARBORN, Mich. (FOX 2) - A sixth grade student has earned the educational experience of a lifetime.

A sixth grade student has earned the educational experience of a lifetime.

James was nominated by his teacher and asked to attend the Junior National Young Leaders Conference coming up this summer in Washington D.C.

"I feel as if this is a great opportunity and I should take it," he said.

But truth be told, he's already got a pretty good understanding of what a leader is.

"I think that leaders are people who should set examples for other people so that they know what to do," he said. "The leader shouldn’t be doing bad things or else the whole team will think oh - the leader's doing it - why can't I?"

"How she had the ability to stand up and not back down," he said.

But he's got some other great role models who aren't in his history books.

"I look up to my parents and my teachers - so I look up to their example and try to be more like them," James said.

"I feel he is the type of child that will grow up to stand up for exactly what he believes in," said teacher Annmarie Prevost.

Prevost saw a spark in James, that's why she nominated him for the leadership conference - after all, he's already got big plans.

"I think I want to be a biomedical engineer," he said.

He wants to design new limbs for amputees.

"If someone went in the Army and lost a leg - I would like to be the person who would help them get their leg back," he said. "I just like helping people any way I can - that's what interests me."

It doesn't hurt that his most important role models - mom and dad - are engineers as well.

"I'm going to encourage him to be a biomedical engineer and if he doesn't - we'll settle for president," his mother Rosezella Townsel quipped.

Speaking of presidents young James will be headed to Washington DC in July for that leadership conference.

Six days in and around the nation's capital, learning about Democracy, seeing the monuments, and collaborating with other students, discovering solutions to serious problems.
James thinks he knows where to start. 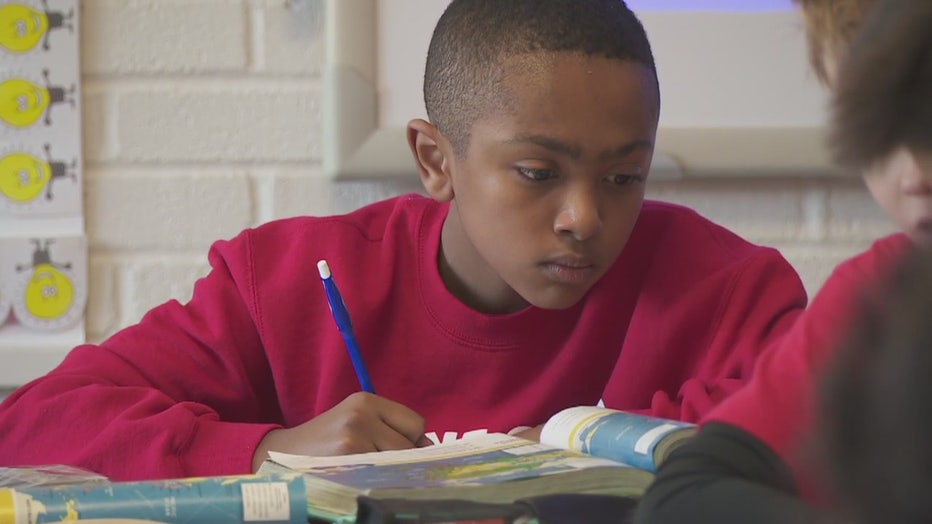 "I think you should be able to communicate with your team," he said. "Everyone has to get together for the team."

If not - he knows from experience when there's a lack of communication, things fall apart.

"That's not going to work - one time that happened with a project - and we didn't exactly get a good grade," he said.

Well James is definitely making the grade and hopefully inspiring others - to be the next great leaders we so desperately need.

"If you can do something - don't settle for what you are - try your best and always put in full effort," he said.