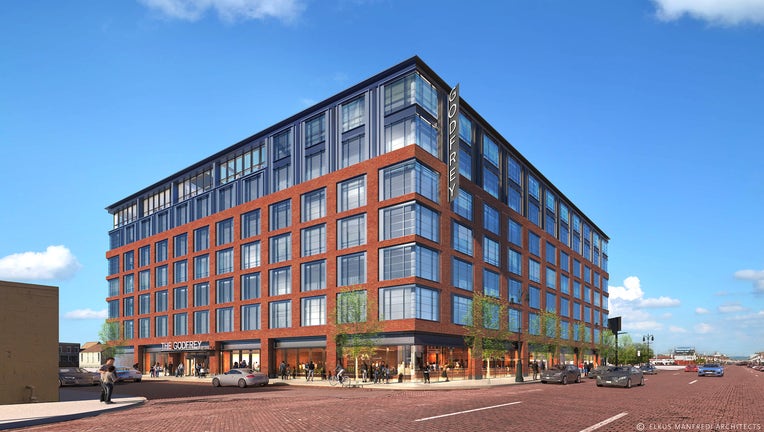 DETROIT (FOX 2) - The transformation of Detroit's Corktown is real. First with Ford moving into the long-abandoned Central Train Station, now a new hotel could be the next major step to revitalizing Corktown.

The Godfrey Hotel Detroit in historic Corktown was announced Monday morning by Oxford Capital and will open with 227 rooms, the city's largest rooftop lounge, and hire up to 200 people.

Groundbreaking for the hotel is set to happen this week with the project expected to be complete by 2023.

The Godfrey will sit at 1401 Michigan Ave, between Trumbull and 8th Street on Michigan Ave and will feature I|O, which they claim will be Detroit's "largest indoor/outdoor rooftop lounge with expansive views of downtown Detroit and Corktown".

Amenities also include a restaurant on the main floor, a distinctive lobby bar, and an elegant ballroom.

"We are excited to achieve this important milestone as we continue our strategic national investment, development and acquisition activities while simultaneously growing our lifestyle Godfrey hotel brand throughout the country. The project will be just a few blocks from Michigan Central Station, Ford’s new billion-dollar campus and a significant development in Detroit’s resurgence," said John W. Rutledge, founder, chairman and CEO of Oxford Hotels.

While the project is under construction, it's expected to create between 200 and 300 construction jobs with another 160 to 200 full-time jobs opening at $17 an hour.

At least 25% of those jobs will go to residents in Detroit, as part of the agreement with the developer.