GROSSE POINTE FARMS, Mich. - The young man who tried to carjack John Broad and his wife is locked up Friday night.

"He kind of approached me from the back of my car and jumped me," Broad said. "And so my immediate reaction was to go after him."

Broad, 80, spoke about squaring off with a man more than 50 years younger during a carjacking Wednesday night.  It happened at the Shell gas station on Mack and Moross in Grosse Pointe Farms.

Broad and his wife left their car running at a gas pump and police say 23-year-old Antonio Beck saw a perfect opportunity to hit a lick.

"He started heading toward the car and he went over to the car, so I hit him and pushed him trying to get him away from the car," said Broad.

"I kind of heard the scuffle and then I turned around and I saw that they were fighting and the next thing I see is John going down," Joanne Broad said.

Joanne, John's wife, says Beck then jumped into the car while she was still inside. Bystanders shouted for her to take the keys out of the ignition.

Broad and Beck began brawling a third time before the young man eventually gave up.

"When he got out of the car he sort of stood there for a while, sort of dazed, not knowing where to go," Joanne said. "And then he very slowly started walking out of the gas station and then he started running."

He could not run fast or far enough. A bystander flagged down a cop who chased beck down and arrested him. 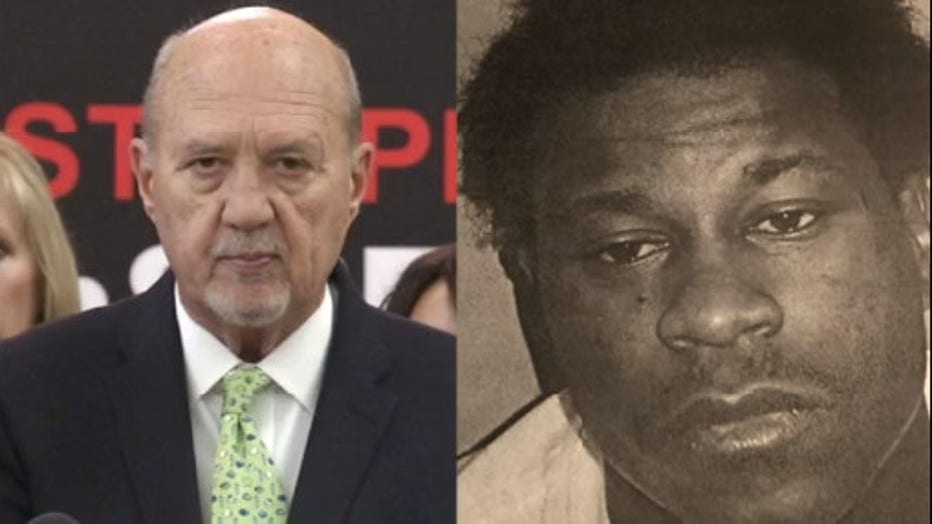 Broad is the former president of Crime Stoppers Michigan. He led the organization for 11 years before retiring in 2015.

But his actions Wednesday proved he only took a break from fighting crime.

John Broad was taken to a nearby hospital for treatment but is okay, as is his wife.