GROSSE POINTE SHORES, Mich. (FOX 2) - For years, a Grosse Pointe Shores woman says she has played the same numbers in the Powerball and never won. Until March 27th.

"I have been playing the same set of numbers every week for years," said Giglio. "I checked the winning numbers in the newspaper the following day and recognized them right away. It was very exciting!"

She bought her winning ticket at Moonlite Party Store in Clinton Township.

Giglio picked up her prize at Lottery headquarters in Lansing and said she plans to pay bills with her winnings. 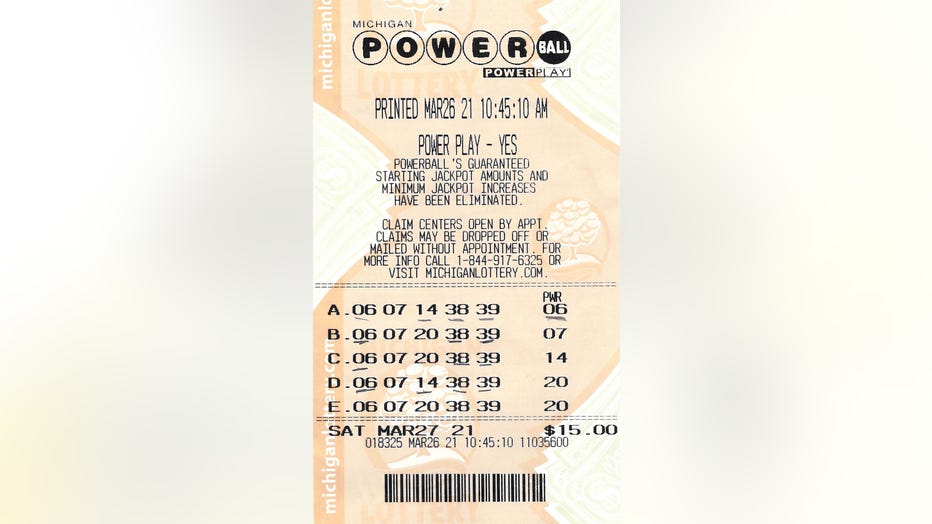 A Grosse Pointe Shores woman said she's played the same numbers for years in the Powerball - and finally hit a big prize: $150,000.