Beginning Tuesday, alarms began flashing for residents of mid-Michigan when news broke that a dam holding back Walled Lake had ruptured and flooding in downtown Midland was going to happen. The devastation left by the scene isn't yet clear, but the stress and frustration of natural disaster is already mounting.

LANSING, Mich. (FOX 2) - A Midland, Michigan, man who lost everything in the floods nearly a year ago won $2 million on a scratch-off from the state lottery.

According to Michigan Lottery, the anonymous player bought the $20 ticket at a market in Midland. Typically, that's not his style but something about it stuck out to him.

"Last year, I lost everything in a flood, so to win this prize is so overwhelming to me," said the player, according to the state lottery. "I never play $20 tickets, but when I stopped to pick up a couple things on my way to pick up my kids the Lucky 7’s ticket caught my eye. Seven is a lucky number for me, so I decided to take a chance and bought the ticket."

It's a good thing he listened to that intuition because he got back to the car and immediately scratched it off. He knew he won at first and thought he just go this money back.

This isn't his first lottery win. He told the lottery he won $10,000 a few years ago and thought that would be the only win he'd have in the lottery.

The 29-year-old man claimed his big prize, which he took as a one-time lump payment of $1.3 million instead of annuity payments of $2 million.

His plan with the money? Be responsible, pay bills, and then save the rest.

"Knowing my kids will be taken care of is the best feeling in the world," he said. 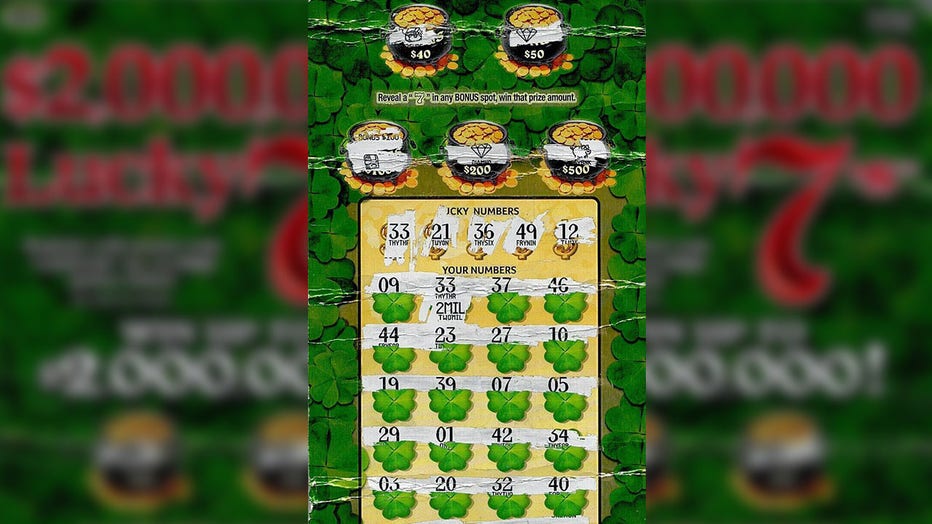 A Midland, Michigan, man who lost everything in the catastrophic floods of 2020 won $2 million in a lottery scratch-off ticket. Image: Michigan Lottery.

Midland was flooded during a 500-year flood in mid-May of 2020 when two dams burst, draining a 2,000-acre lake in about an hour. More than 50,600 cubic feet of water discharging every second.

More than 10,000 residents in Midland County and others along the Tittabawassee River were threatened by the massive amount of rain and subsequent floods. The destruction started following days of heavy rainfall over the weekend and into the beginning of the week. The Edenville Dam was the first to rupture around Tuesday afternoon and water from Wixom Lake spilled and magnified the force of the river.

Video from the FOX 2 Drone shows significant flooding in Midland County as at least two dams have burst, and possibly a third.