A month ago he was at a neighbor’s house outside when the neighbor’s family dogs attacked him from head to toe. Hunter was rushed to the hospital by ambulance.

WHITE LAKE TWP., Mich. (WJBK) - "It is an image I will never (forget), his skin was just hanging and you could see his skull and his artery in his neck," said Rachel Heater.

In a matter of minutes her son, Hunter went from a smiling 9-year-old to being mauled by two dogs.

A month ago he was at a neighbor’s house outside when the neighbor’s family dogs attacked him from head to toe. Hunter was rushed to the hospital by ambulance.

"He had over 75 bites all over his body, it took 200 sutures and 40 staples in his head," his mom said. "We had an amazing plastic surgeon who said, 'I don't usually promise, but I'm going to put your baby back together.'"

About six and a half hours of surgery later, he’s healing - slowly.

"His favorite color used to be red, he can't look at red," Heater said. "He can't eat hot dogs and hot dogs were his favorite, because it reminds him of the dogs eating him." 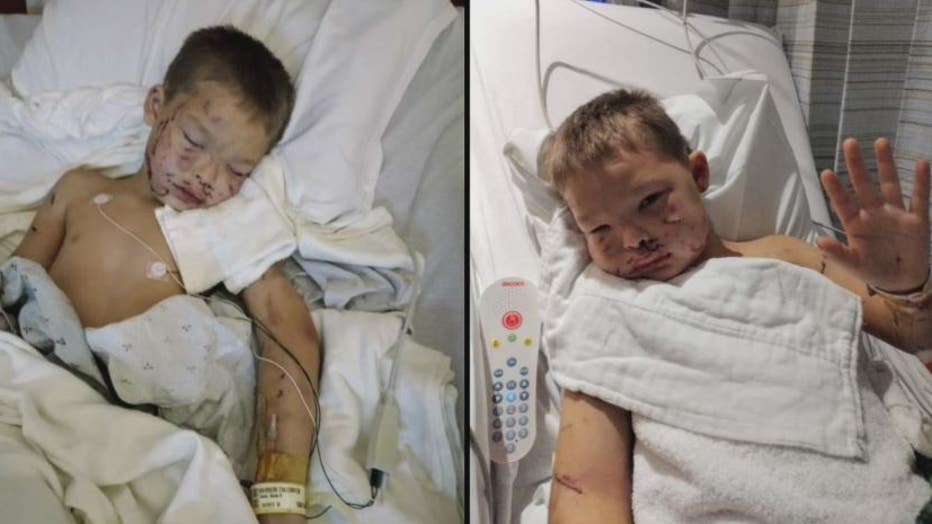 "He told one of the officers that he didn't want to die, that's how traumatic it was for him," said White Lake Police Chief Dan Keller.

Keller says little Hunter has touched their department. His officers were at the scene that day.

"My heart breaks for Hunter and what he had to go through because it doesn't end here - this is just the beginning for him and his family," he said.

The medical bills have mounted – as high as $20,000 out of pocket for this family. The police department stepped in adopting them for the holidays.

The department is collecting money – from their own officers, and the community - to grant Hunter’s every wish.

"I knew we had a good community but I wasn't expecting this," his mother said.

Medical costs will continue for Hunter – there is a Paypal account set up for donations HERE or you can make them at the White Lake Township Police Department, at 7525 Highland Rd. 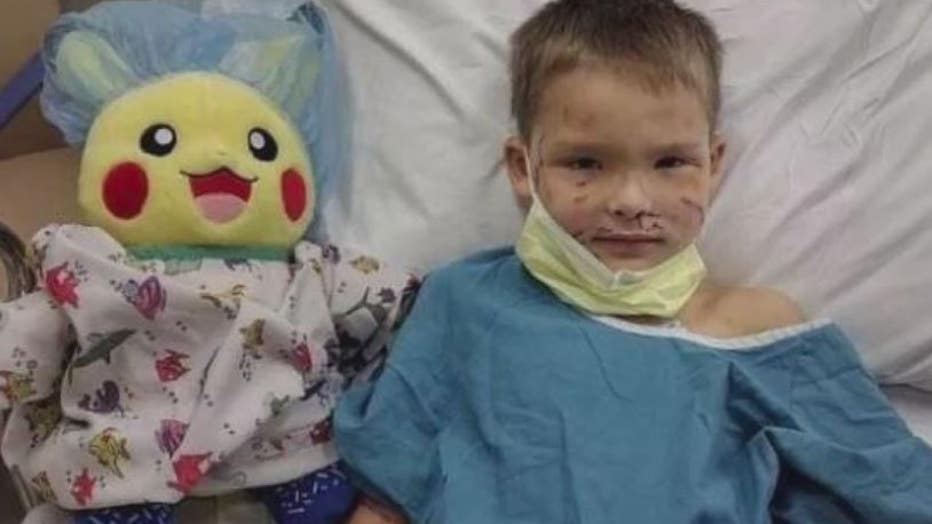