As she turned 90, Thelma Jones received her fifth-degree black belt. The Detroit woman has been practicing karate for 50 years, and has even used it to fight off criminals.

The 90-year-old from the east side of Detroit has earned her fifth-degree black belt in Isshinryu karate, and she plans to keep going. 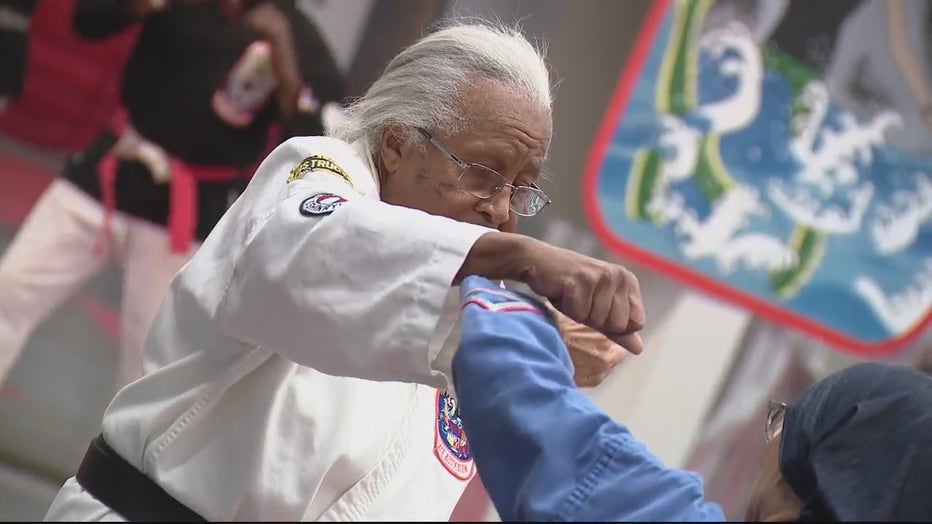 "It really does teach you to listen, behind you, in front, and be aware of all things," Jones said.

When she was 60, she used her karate skills to fight off robbers at a bus stop. Recently, she used what she has learned from karate to protect herself from a suspicious man following her, but with a different approach.

"I crossed the street back, and he came at me. So, I went into the liquor store and waited until he left," she said. "That was karate right there, that was using your brain. I didn't want to duke it out with him."

Jones isn't the only older person at the dojo, either. Adams, who is 77, said many people are in their 70s.

"The retired, they come here to get in shape, builds up confidence, slow to anger," he said.