The former Democratic State Rep is wrapping up what looks like a big win for mayor with more than 61 percent of the vote.

DEARBORN, Mich. (FOX 2) - The city of Dearborn is on the verge of making history.

"It would be one of the greatest honors of my life to be able to give back to the community that gave my family and myself, everything," said Abdullah Hammoud.

And it appears Democratic State Rep. Abdullah Hammoud will be able to do just that. The 31-year-old will become the first Arab-American mayor to lead the city. Late Tuesday evening, Hammoud had captured 61% of the vote.

Woronchak had hoped his nearly 20 years in government would earn the trust of voters.

"I think the division in our city is one of our biggest problems," Woronchak said. "I don’t think we can move forward if we don’t bring everybody together and make sure our entire diverse community has come together."

It was a message both candidates spread to voters – but a majority responded to Hammoud, who claims he brings a fresh perspective.

Residents saw the 31–year-old organize efforts to help residents throughout the city during the catastrophic flooding over the summer.

"There is a clock on the wall, it’s not about if the next heavy rain is coming, it is when it will happen," he said. "We have to put together a short and long-term solution to address the flooding issues and mitigate the flooding for all the residents."

Hammoud has promised to tackle high property and millage rates along with reckless driving – both of which he says are pushing families out of the city.

"So when police officers came out with startling statistics, although they have the same number of officers on staff - there have far fewer patrolling neighborhoods," he said. "That issue will be addressed on day one." 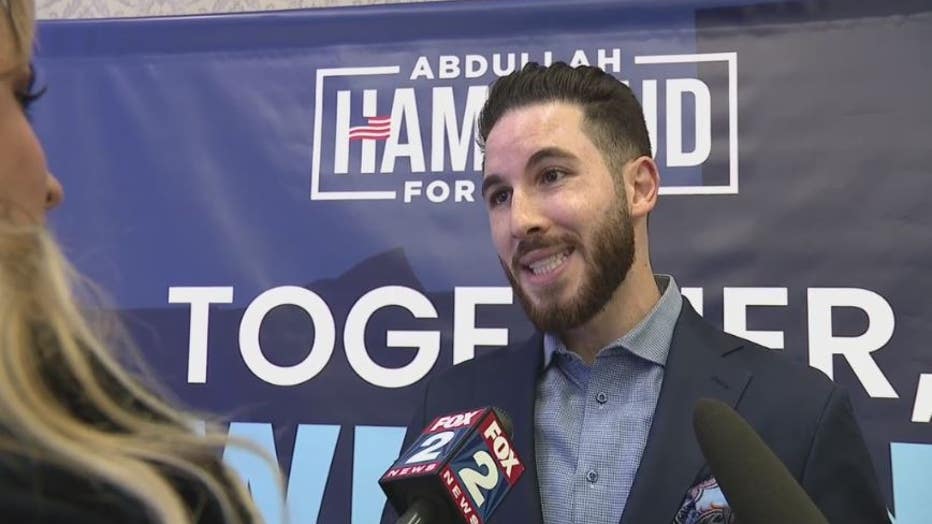 Out of Dearborn’s 110,000 residents – 47 percent are Arab with nearly 30 percent more immigrating there. But Hammoud says those aren’t the only people who favored him at the polls.

"Our supporters aren’t just young people or just Arab-Americans, it is all Dearborn residents, and in the primary, I think the results showed that," he said.

Hammoud will take over for long-time Dearborn Mayor Jack O'Reilly who hasn’t been seen in quite some time and retired after medical issues.