PONTIAC, Mich. (FOX 2) - As the controversy surrounding police reform continues, law enforcement leaders across southeast Michigan are speaking out in support of qualified immunity. It protects officers from some civil litigations but not criminal prosecutions.

Activists want qualified immunity for police to be dropped,, as part of reform

As controversy surrounding police reform continues, several law enforcement leaders across southeast Michigan are speaking out in support of qualified immunity. It protects officers from some civil litigation, but not criminal prosecutions.

"If you’re in a life-threatening situation you don’t want the police officer to hesitate and wait for it to be over, you want them to intervene," said Oakland County Sheriff Michael Bouchard. "Qualified immunity is to protect the deputy, the officer, the individual, in those split-second decisions when they’re inside all the protocols, and all the policies, but there may be a tragic outcome."

Bouchard says officers are not immune if they break the law or act outside department policies. Bouchard says it is concerning Congress is discussing changing the qualified immunity laws.  He believes officers should have protection.

"Otherwise that would be a huge chilling effect on two fronts," Bouchard said. "Doing their job - they won’t intervene and do what they have to do based on that split-second decision, and B) hiring and recruiting men and women to come into all these professions, which were already saying that trickle down."

Earl Burton from Michigan Liberation wants lawmakers to do away with qualified immunity.

"These officers that are brutalizing people in our community and are getting away with it under the guise of qualified immunity," he said. "Once the facts come out and whoever it is, is weighing the facts, they can determine whether or not the officer acted reasonably or not."

Burton believes law enforcement needs to be held to a higher standard. He says getting rid of qualified immunity is a necessary step to criminal justice reform - and improving the relationship between police and their communities. 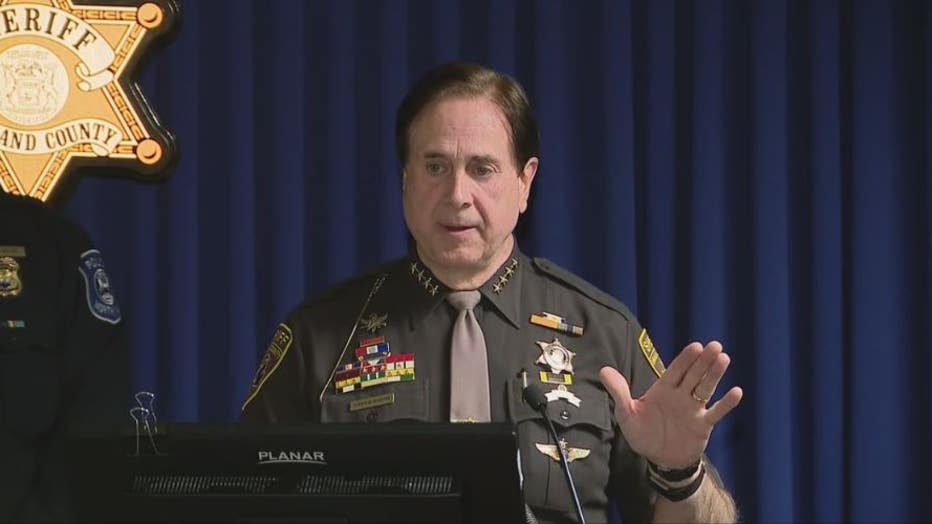 "I think once people see that officers are being held accountable, they will be more likely to get along with the officers in the community, and they can get to doing what it is they said they would do - which is to protect and serve," Burton said.

Bouchard says if the laws are changed it will also impact firefighters, road crews and more.