CHESTERFIELD TWP., Mich. (FOX 2) - The bridge over the Salt River in Chesterfield Township has been closed all fall and most of the summer.

As the completion date keeps getting pushed back, tempers are reaching a boiling point after a recent fire highlights what some are calling a lack of access.

"We had seven fire trucks and 40 guys running around," said Tom Krupa.

Aside from the damage near the front door and a strong smell in the air, the appearance of a fire is rather minimal.

"It smoldered in there but they had to run hoses from across the street and once they did that, the whole inside is destroyed," said Krupa.

Access to the neighborhood is limited thanks to a bridge construction project on Jefferson Street over the Salt River. The only way for emergency vehicles or anyone else to gain access is by a slight detour.

"The road is blocked to our subdivision, but there is a side road around to get to the subdivision," Krupa said. "But to bring seven trucks in there, that's a bad area to come into."

FOX 2 spoke with the fire chief of Chesterfield Township and he says the department is aware of all detours and adds a completed bridge wouldn't have changed the outcome of the house fire.

He does concede that a detour by nature takes more time than a direct route, and the fact that this detour persists has some living on the other end of it, concerned.

"This project was supposed to have been done already," Krupa said. "It's still not done and it doesn't look like it's going to ever get done."

According to the township webpage, the project was supposed to have started in February and be completed in June. In actuality it started in May with an end date of Oct 4th. That date then got pushed to Oct 27th.

But on Oct. 28th just days before the house fire, a letter was sent to residents with a quote from county's road department:

"Due to weather and unexpected project challenges, the open date for the Jefferson Avenue Bridge over the Salt River has been delayed."

"It's just a mess over here," Krupa said.

Leaving neighbors like him to question what could happen if there is another emergency and every second counts.

Neighbors on the other end of this bridge know that time is not on their side and they worried that if the work isn't done soon, it could a very long winter. 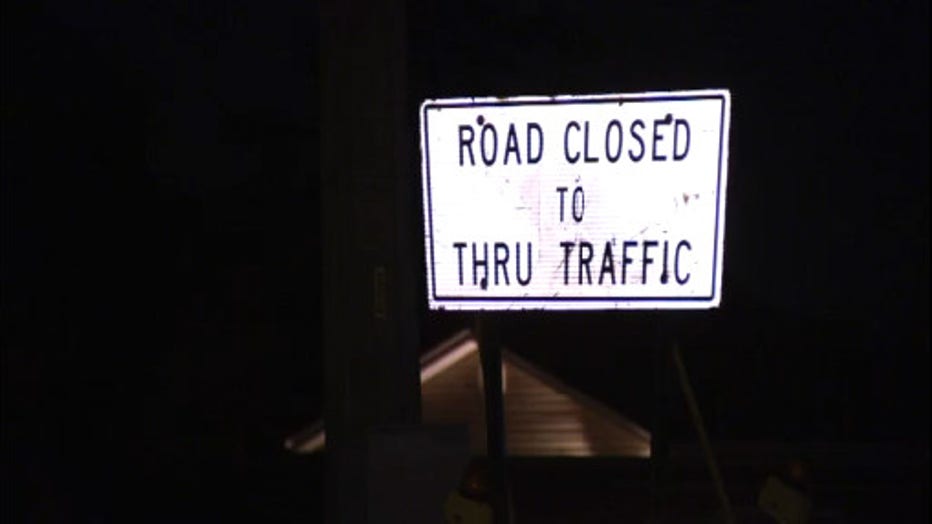