Family of young man lost to overdose shares their story

Families Against Narcotics helps people struggling with addiction and helps those impacted by it.

FOX 2 - Families Against Narcotics helps people struggling with addiction and helps those impacted by it. One such family shared their story and spoke about how FAN is helping them after a tragic loss.

"He was awesome, he was very energetic, he was always run, run, run," said Lisa Boudreau.

But Lisa says by the time her happy, fun-loving son Hunter completed middle school, everything changed. He was distant, always lying and barely around.

"It started off with marijuana and then leading to other things," she said. "Behaviors at school changed, (he started) getting into trouble a lot."

What may have started as experimenting with pot and Xanax - turned into heroin addiction.

"The longer it went, the worse it got," said his father Mark. "You knew you weren’t really talking to him."

The Boudreaus hoped it was a phase - but it only got worse. They tried everything to scare him sober - from juvenile drug court, rehab programs, hospitals, and even jail.

"And then the day I got the call from him in a bad part of Detroit, saying 'Mom, I need help,'(when I heard) those words the first time, I said this is it, he hit rock bottom," Lisa said.

But it wasn't. Last November the Boudreau family got another phone call. This time they learned Hunter died of an overdose of heroin cut with fentanyl. Hunter was 20 years old.

"(I started) paying attention more and seeing the signs when he would get more distant and talk to him more," said Hailey, his sister.

With the help of Families Against Narcotics - which offers programs and resources for addicts and their families - the Boudreaus are working through their grief. 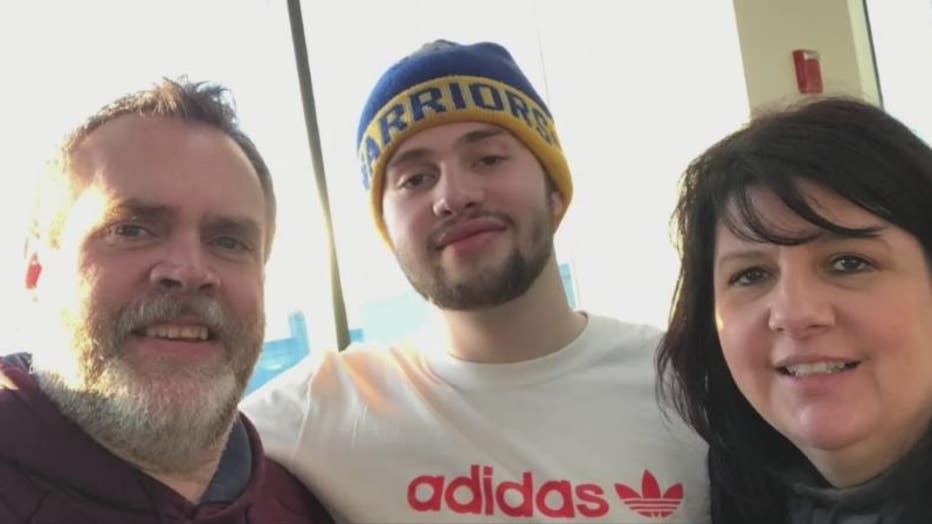 Mark and Lisa Boudreau with their late son Hunter, who died from an overdose.

It is also why they plan to be at FAN's Fall Fest Fundraiser on October 5th. They hope to raise money and awareness for the organization, which is needed now more than ever.

"We tried to exhaust all the options we had," said Mark. "We had so many conversations with Hunter and keep talking, and keep paying attention."

The fundraiser is Tuesday, Oct. 5 at the Palazzo Grande in Shelby Township. To buy tickets, donate, or just learn more CLICK HERE.