STERLING HEIGHTS, Mich. (FOX 2) - It has been a point of contention for years, but now a new mosque is under construction in Sterling Heights.

"My mother, her father is a World War I veteran and we love this country and everyone is entitled to freedom of religion," said Faye Hashem. "As long as there is peace and love - that is all that matters."

After years of push back and tension among some in the community to disrupt plans for a mosque, on Wednesday they broke ground.

Erecting a place of worship isn't necessarily something you would gather media together for, but in this case controversy has surrounded building a mosque for years wiht some of the past opposition sparked by islamophobia.

On Wednesday much of the public animosity seems to have faded as the community broke ground on a long-held dream: The American Islamic Community Center is organizing the build of a mosque near 15 Mile and Mound.

"This is not about an Islamic center or a mosque it's about our freedom of religion," said Osama Siblani, publisher of The Arab American News.

Some community members have used every legal tool at their disposal to block the building. They were upset that Sterling Heights struck a deal with the US Justice Department to allow the mosque after the DOJ sued the city for not allowing the plan to proceed.

Some residents previously cited zoning rules and the residential nature of the neighborhood.

"I do not buy that, I think they were using it as an excuse and the federal government intervened and the victory here today, is that we're building a mosque," Siblani said.

"The story of AICC, is no different than my Jewish family's story," said Levin. "Sometimes there was controversy and sometimes we were not welcome, but in the end we all came together as Americans." 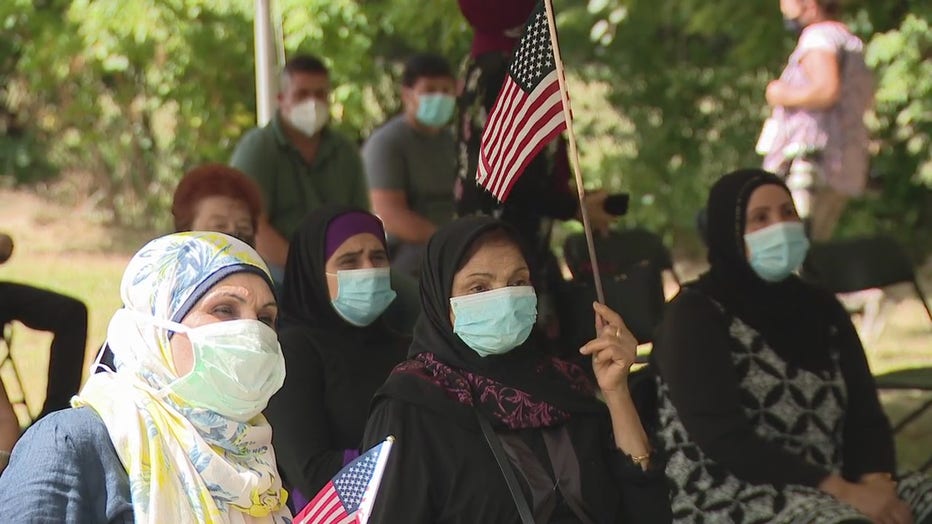