When a St. Clair Shores mother of two told her father she was going to join the Air Force, he admitted he was thrown for a loop. But on Thursday Chelsea Field came home from basic training and was met with open arms.

ROMULUS, Mich. (FOX 2) - When a St. Clair Shores mother of two told her father she was going to join the Air Force, he admitted he was thrown for a loop.

"I said are you nuts?" quipped Joe Kosmala.

It would seem nuts that Chelsea Field would give up a promising career as a personal trainer and go off and join up at 32 years old.

"Because of her age, 32, the Air Force was the only branch that was available to her," he said.

But the Covid reality for a personal trainer is was rough. Seeing no future in that realm and knowing her dad is a former Marine, and her fiancé is in the Navy, she decided to join the Air Force.

"It was particularly tough the first eight weeks when there was no communication at all except letters," said her mom, Ardis Kosmala.

And the last eight weeks only a few YouTube videos which was hard on her two young kids 5-year-old Abby and 7-year-old Becky.

When their mom left on March 1, Becky remembers everyone in the house crying "for a half-hour."

But Chelsea excelled in the Air Force, learning munition systems, and she was good at the physical part of basic training. 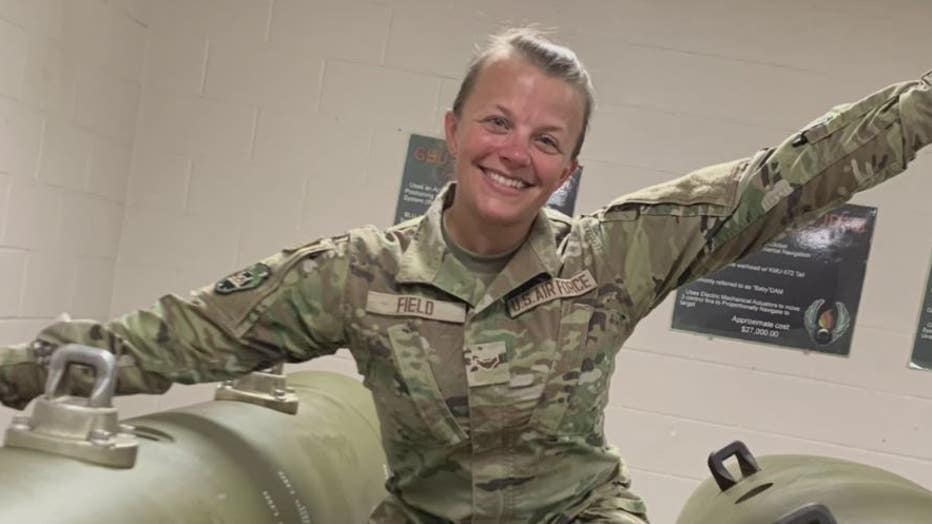 On Thursday after four months, the waiting is finally over-and mommy is coming home. And Chelsea had no idea her kids are meeting her at the airport.

"There she is" one of the kids yelled before both ran to her with a big hug.

And a late arrival. her fiancé just got done with working at Selfridge Air National Guard Base.

"It was just hard being away from them," Field said.

FOX 2: "Was it difficult to make the decision to change careers and go join the Air Force?"

"Yes and no, it's something that I wanted to do years and years ago but I never did it, never had that confidence in doing it," she said.

But somehow, Covid gave her confidence.

"After last year being such a hot mess, I just need to change something and have something I could always go back to, and something good for them," she said. 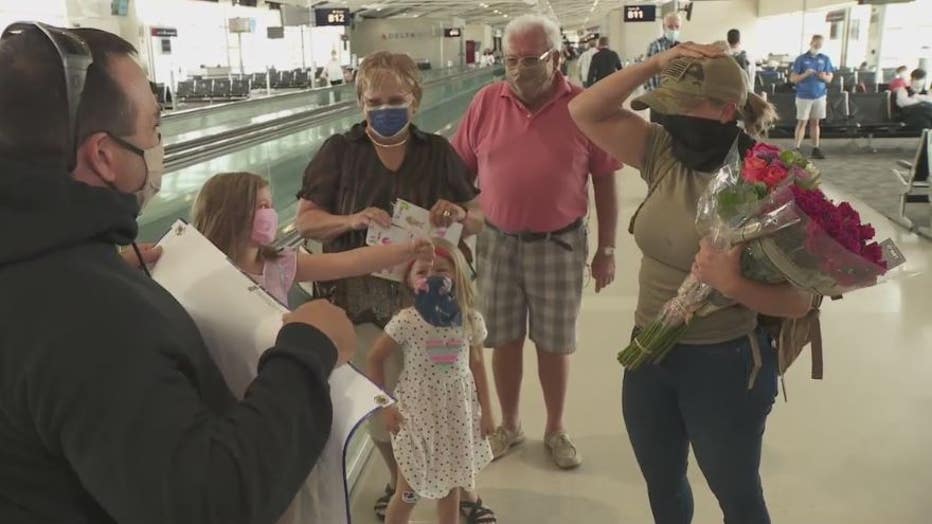 "I was one of the oldest in basic and then tactical I was, call my group, I was the mom. Became a mom of the group.")

And she's a mom again.

"All we are gonna do this afternoon is snuggle," one of the kids said.

For now, Chelsea is a reservist one weekend a month and two weeks a year- away from her kids -unless, of course, she's deployed. 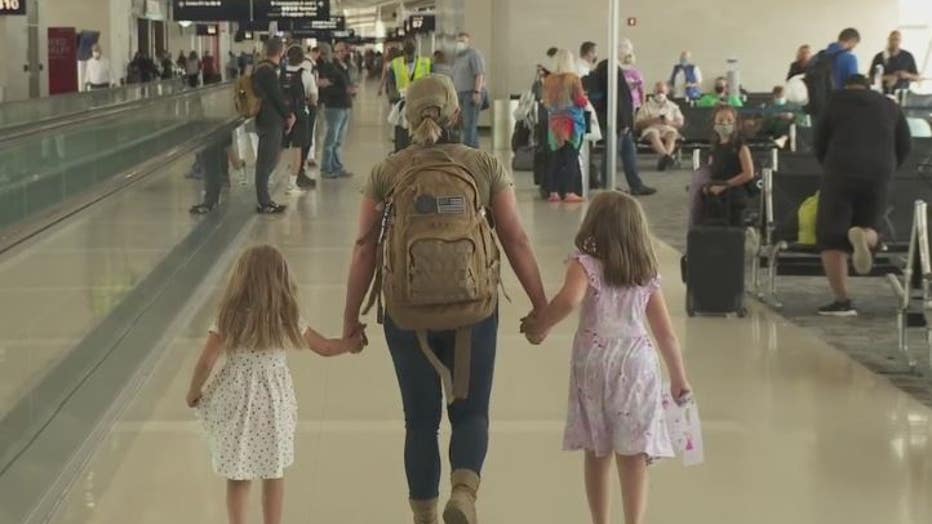