It was just two years ago that graduating senior Kelvin Hasanaj arrived not only to Clintondale High School - but the United States of America.

CLINTON TWP., Mich. (FOX 2) - It was just two years ago that graduating senior Kelvin Hasanaj arrived not only at Clintondale High School - but the United States of America.

His parents sent him to America from Albania to be with an older brother and other family members in hopes of a better life and better education.

"More opportunities for me, to live here to have a better future," he said.

Friday was his commencement day.  But he had his share of challenges along the way.

"I was scared to talk, maybe I would mess up," he said.

Kelvin understood English but speaking it and making sure others understood him was challenging - but he refused to give up.

"I learned English in school, mostly in the movies and talking to people here," Kelvin said.

"There’s one word for him today, and that is resilient," said Clintondale Superintendent Rodriguez Broadnax.

"I'm really proud of him he’s grown so much," said Courtney Carroll, a school counselor. "Just the difference in when he started to now, is huge. And I do think Dollars for Scholars and the relationships that he built has a lot to do with that."

Those who worked with Kelvin say Detroit Regional Dollars for Scholars is a big part of his success.

"Really helping to inspire them," said Christa Funk, Executive Director, Detroit Regional Dollars for Scholars. "And prepare them to succeed in life after high school."

"We’ve seen the benefit for all of our students and hopefully one day the program can expand to include more of our students," said Clintondale Principal Meloney Cargill.

Kelvin credits Dollars for Scholars with helping him improve his English and providing resources to help open the door to college.

"We’re so excited for him going off to Oakland University with our scholarship and support," said Funk.

"I would like to say thank you for the opportunity you all gave me now," Kelvin said.

FOX 2: "How does it feel to live our American Dream?"

"Pretty good. I’m planning for my future," he said. 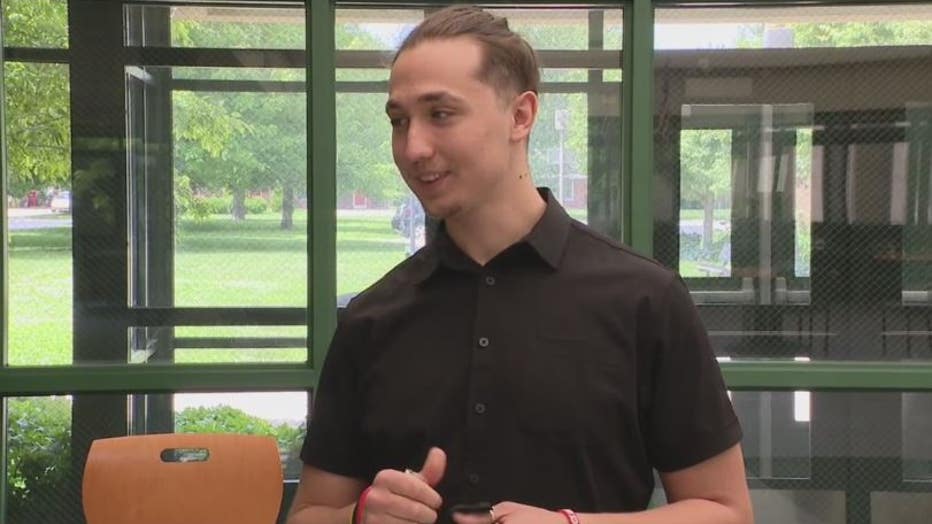