WESTLAND, Mich. (FOX 2) - The Eloise Asylum Experience is back for fall, with a trip through the infamous Eloise psychiatric hospital in Westland. It's a spooky stroll - terrifying nurses, tortured patients, and deranged doctors.

As soon as you check in - you'll want to check out. One hundred actors were hired for this haunted house. Their makeup is top-notch - and the sets are straight out of a horror film.

"We find great pictures of original areas and we try to reproduce the feeling," said Jim Werner of the Eloise Asylum Experience.

From the X-ray that went way too long, to electro-shock therapy - this abandoned insane asylum comes alive.

"Of course the Eloise' Kay Beard Building is honestly one of the most haunted buildings in the state of Michigan and maybe the United States, with thousands of reports of paranormal activity inside those very walls," said Wener.

Walls that move and talk.

It's all Halloween - we're ready to rock with some horror attractions.

Speaking of horror attractions - Detroit's own Alice Cooper - famous for shock rock, was there to cut the ribbon on the Eloise Asylum Experience.

The rockstar was in his element.

"What better thing? A haunted house and Alice Cooper - jeez," he quipped.

And happy to be back home.

"I'm so proud of being from the east side," Cooper said. "In the world of rock and roll if you say you're from Detroit - there's a whole new level of respect." 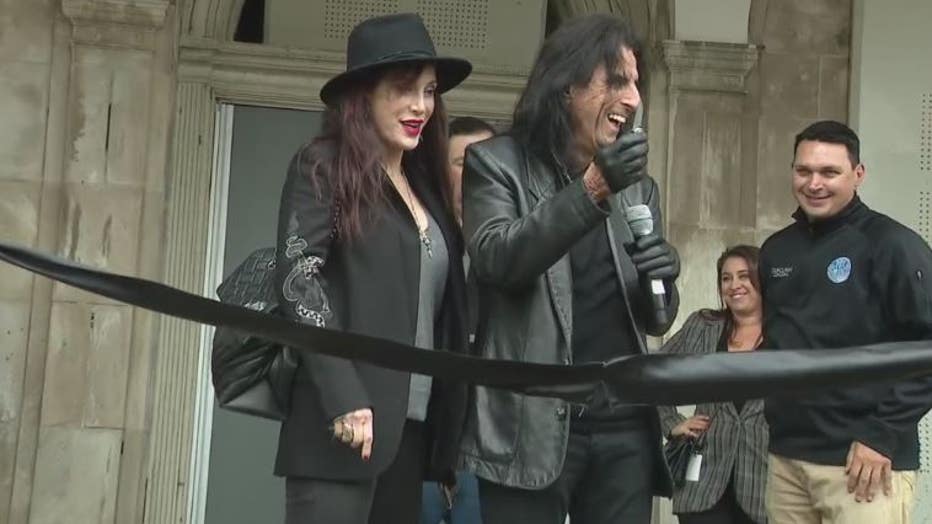 Hundreds of people came out in the pouring rain to see the unveiling of Alice Cooper Court.

"I love the idea that they're naming streets after rock stars in Detroit," he said.

The rock star will be performing at DTE Theatre Saturday night. As for the asylum experience - this was only a sneak peek - the huge haunted house opens Oct. 1, - tickets are $40 and are available online. 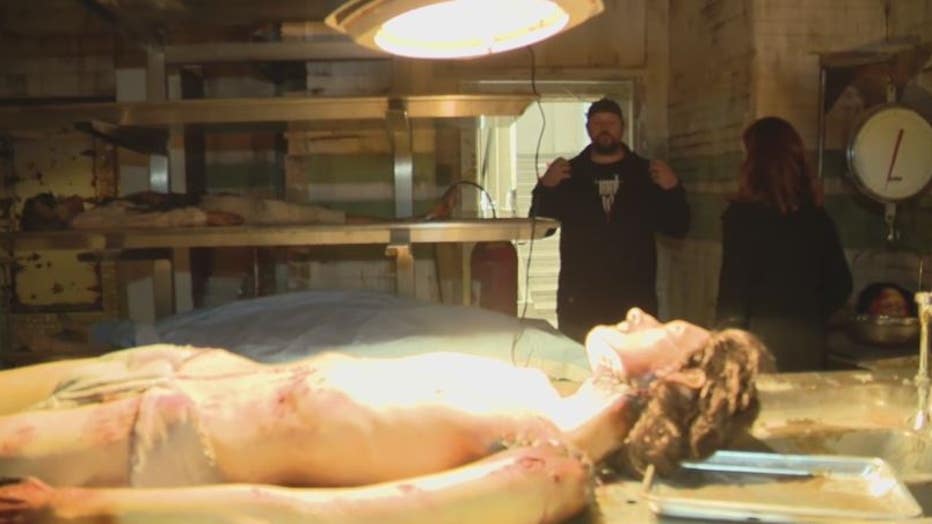