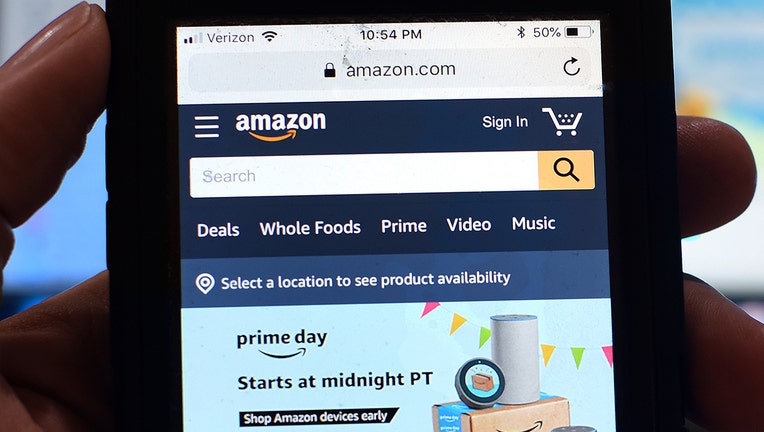 The Amazon website is seen on a smart phone on July 14, 2019 in Orlando, Florida. On July 15 and 16, 2019, Amazon holds its annual Amazon Prime Day, a 48-hour event during which Prime members can shop online for hundreds of thousands of specially dis

LOS ANGELES - As panicked people rush to stock up on supplies amid the global outbreak of COVID-19, Amazon has been forced to take action on opportunistic price gougers looking to profiteer off of the crisis on its platform.

Amazon deleted more than 1 million products that falsely claimed to cure or defend against the novel coronavirus, the company confirmed to Reuters last week.

The e-commerce giant removed tens of thousands of deals from merchants that the company said tried to price-gouge customers, according to the wire service.

“There is no place for price gouging on Amazon,” a spokeswoman said in a statement obtained by Reuters. She cited the company’s policy that product information must be accurate and that Amazon can take down offers that hurt customer trust, including when pricing “is significantly higher than recent prices offered on or off Amazon.”

"We are disappointed that bad actors are attempting to artificially raise prices on basic need products during a global health crisis and, in line with our long-standing policy, have recently blocked or removed tens of thousands of offers. We continue to actively monitor our store and remove offers that violate our policies," an Amazon spokesperson said, according to Newsweek.

Some Amazon sellers had increased the prices on face masks by four or five times what they would have cost a few weeks prior, Wired reported. Some sellers have also tried to make a profit by adding exorbitant shipping fees, which were at times hundreds of dollars and violated the company’s policies, the report said.

Meanwhile, California Gov. Gavin Newsom criticized Amazon for not doing enough to prevent price gouging in a tweet on Tuesday.

“Keeping your hands clean will help prevent the spread of coronavirus. Seriously, @amazon? These prices are absurd,” the governor tweeted, adding a screenshot of Purell hand sanitizers.

The screenshot showed a 24-pack of Purell Advanced Hand Sanitizer Refreshing Gel of 2 fl oz. each costing $400. Another pack of 12 of the Purell hand sanitizers cost $79.80, the screenshot also showed.

Another screenshot seen on Newsweek.com showed a pack of 12 Purell Advanced Hand Sanitizer Refreshing Gel of 1 fl oz. each costing $3,892.84, with free shipping and $340.62 estimated tax.

The marked-up hand sanitizers are being hawked by third-party sellers on the company’s marketplace platform, but not by Amazon directly, Newsweek noted.

On Wednesday, the U.S. death toll from the novel coronavirus climbed to 11, with a victim succumbing in California — the nation's first reported fatality outside Washington state.

As of Wednesday, there have been 94,000 infections and 3,200 deaths around the world, with China accounting for the majority of the cases since the virus first surfaced there in late December.

The recent slowdown in coronavirus cases out of China offers a sliver of hope that the global outbreak can be controlled. Some experts believe the easing of the crisis — there are now more new cases being reported outside China than inside it — suggests containment is possible.

But whether that can happen anytime soon without drastic measures remains to be seen, public health authorities said.