When security tried to escort him out - the suspect grabbed his folding-style knife and began violently stabbing the 51-year-old security guard, leading to the fatal shooting.

"This is normally a nice high class place – a lot of rich people and the next thing you know chaos ensued police everywhere and blocked off the whole place," he said.

Ellswood learned a violent scuffle that took place at the VIP club "Cash Only" located in the basement of the building, led to the 911 call. The policy there, is no cell phones and no coats.

"And you don’t even know where it is – you don’t have any access to it, fluke things happen," Melissa Sevilla said.

A source close to the investigation told FOX 2 - that the 52-year-old suspect became hostile when security guards asked him to remove his jacket multiple times.

He refused - and when security tried to escort him out - the suspect grabbed his folding-style knife and began violently stabbing the 51-year-old security guard.

Another guard, reached for his concealed weapon - and commanded the suspect to stop and drop the knife. He then fired his weapon., shooting the suspect dead.

"I was kind of shocked – a little sad something like this would happen at such a nice establishment," Sevilla said.

"No of course not, it can happen anywhere," said Sevilla. "But I want to support a local business, we've been through too much in the city of Detroit - why not."

A spokesperson from Heirloom Hospitality Group, which owns Prime and Proper issued a follow-up statement Monday, which reads:

"Investigators have confirmed to us that they have all of the information – victim statements, witness statements, surveillance footage from multiple cameras, and more - as it relates to both the attacked – the contracted security officer - and the deceased, who was the aggressor.

"Police have turned that information over to the prosecutor’s office for review, and there is no question as to who fired the weapon in self-defense." 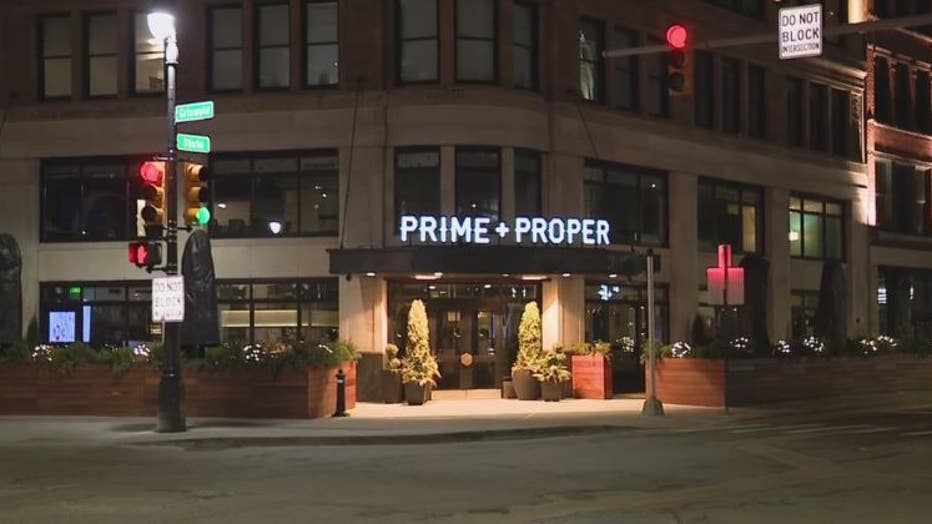