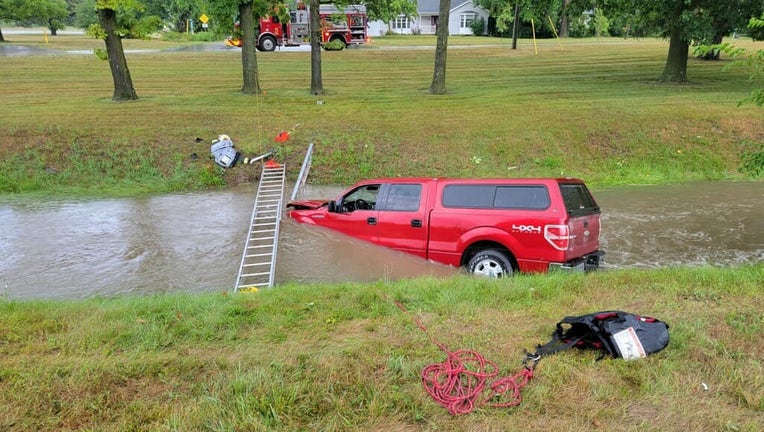 A red SUV lost control and crashed into a creek that had overflowed from severe weather this week. Armada firefighters rescued one person from the truck. (Facebook)

ARMADA, Mich. (FOX 2) - Armada emergency crews made a water rescue for someone trapped inside a truck after it crashed into a creek in Macomb County this week.

Crews were dispatched to a location where a truck had lost control and left the road into a creek. According to the fire department, the water levels had risen after multiple rounds of severe weather this week.

Arriving on the scene on Aug. 4, crews found one occupant still inside the vehicle and immediately began rescue operations.

No one was injured during the rescue.

A post from the department noted it wasn't just fire suppression but "multiple types of rescue emergencies" they train for.