FOX 2 - It's the video that made international news - a white woman pulling a gun on a black woman and her daughter in the parking lot of a restaurant in Orion Township.

(Video) "Get away," said Jillian Wustenberg.

But Jillian and Eric Wuestenberg say there is far more to the story.

Jillian Wuestenberg says that's what she felt - what moved her to ultimately draw her weapon. She says it started after she accidentally bumped into a 15-year-old girl as she was leaving the restaurant.

"They were blocking the entrance to the car, I had a railing behind me," she said. "I was trapped, I couldn't go anywhere. I was being yelled at, berated, called a racist and ignorant and I was trapped."

Eric got out helping his wife get in the car.

(Video) Woman: "Yes I said it, you say something and I'll beat your white (expletive) too,"

(Video) "Who the (expletive) do you think you guys are?"

Jillian Wuestenberg says she still felt compelled to try to calm the situation.

That is when they say they tried to back up and leave - but the car's automatic braking system suddenly stopped - at least one of the women was banging on the car. Jillian says she was in fear for their lives.

"At that point I realized we're not going home tonight, we're not going to see another day, and the only thing I can do is protect myself and I draw my firearm," she said. 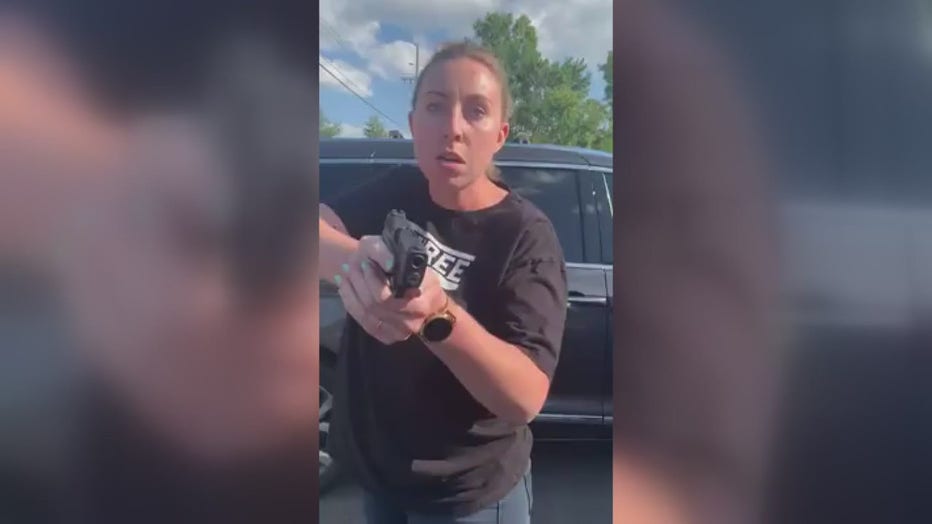 The other family never brandished any weapons. Now Jillian and Eric are both charged with felonious assault - although their attorneys say, Eric never pointed his weapon at anyone.

"I believe the actions that these two fine people took, were not only justified but they were necessary in order for them to go home to their kids," said attorney Terry Johnson.

They say the Wuestenbergs were clearly being threatened by the other party.

"Absolutely should there be charges brought in this case, yes," attorney Dean Greenblatt said. "But not against Eric and not against Jillian."

Now they wait for their day in court.  Eric, a disabled veteran, lost his job at Oakland University as coordinator for Veteran Support Services. Just before our interview, Jillian says she received a text that she had lost her job at Hallmark.

That is not all; the parents of four boys say they are under attack.

"Death threats, threatening text messages, calls, all of it. People show up to our house - we're not safe in our own home anymore," said Jillian.

"Our lives are literally ruined because we have no income, no jobs because of this," Eric said. "All because we were victims of a crime - we were attacked."

Clearly, the Oakland County Prosecutor believes otherwise and says the Wuestenbergs say they will fight the charges.

"No one ever wants to have to use a weapon to protect themselves," Jillian said. "It's not what you wake up wanting to do in the morning. But we want to stay alive - that's what this came down to." 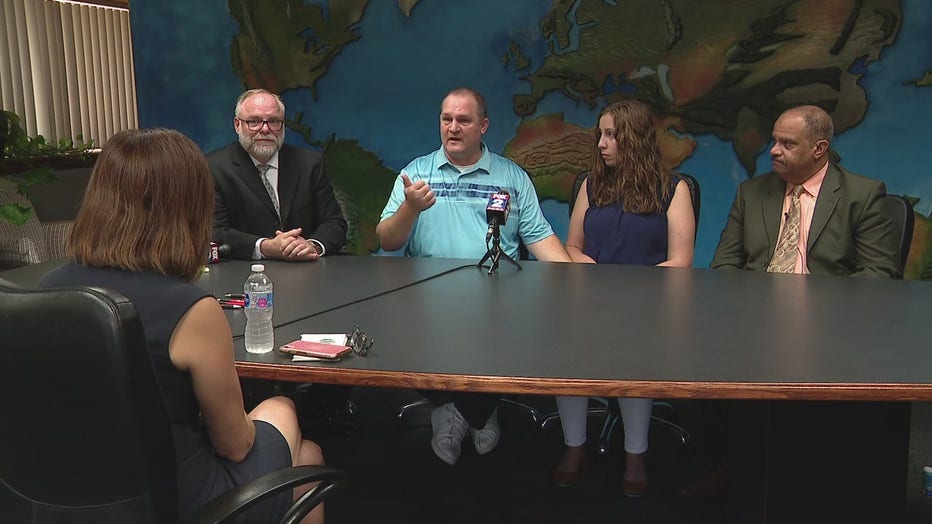