FOX 2 - State Rep. Sarah Anthony was moved to tears in a Facebook Live video in response to the coronavirus lockdown protests in Lansing.

It was enough to prompt her constituents to take action, providing Anthony with an armed escort into the Capitol.

Armed escort walks state lawmaker to the Capitol in Lansing

They walked with State Rep. Sarah Anthony from the Anderson House building into the Capitol, all of it caught on camera. The armed trek was uneventful and unimpeded by authorities, somewhat similar to last week's protest, but by design.

"She told me plainly that 'I'm not for or against it, but I would never tell a brother that wants to stand and protect, not to do that,'" said Michael Lynn, Jr.

Lynn was one of six people to pull security for Anthony, a Democrat from Lansing, on Wednesday nearly a week after the last protest against Governor Gretchen Whitmer's stay at home order.

Demonstrators brought rifles and handguns inside the capitol-which is legal. a few displayed confederate flags and swastikas outside of it.

"We can't allow this just to be," Lynn said. "When we elevate somebody from our neighborhoods to go into this capitol to speak on our behalf and make laws on our behalves, we're not going to allow white supremacy to intimidate them to where they feel they can't go in there, and speak for us."

Lynn and company walked with Anthony from the Anderson House building into the Capitol, all of it caught on camera.

The armed trek was uneventful and unimpeded by authorities, somewhat similar to last week's protest, but by design.

"We understand we can't go in there with a bunch of weapons and be loud and boisterous in these police officers’ faces, they would definitely treat us differently than they treated them, but what part can we do?" Lynn said. "We can walk into the Capitol with arms just like everyone else can. We can protest with arms like everybody else can.

"I have enough faith in our people, black and brown communities that we understand how to handle ourselves and walk circumspectly." 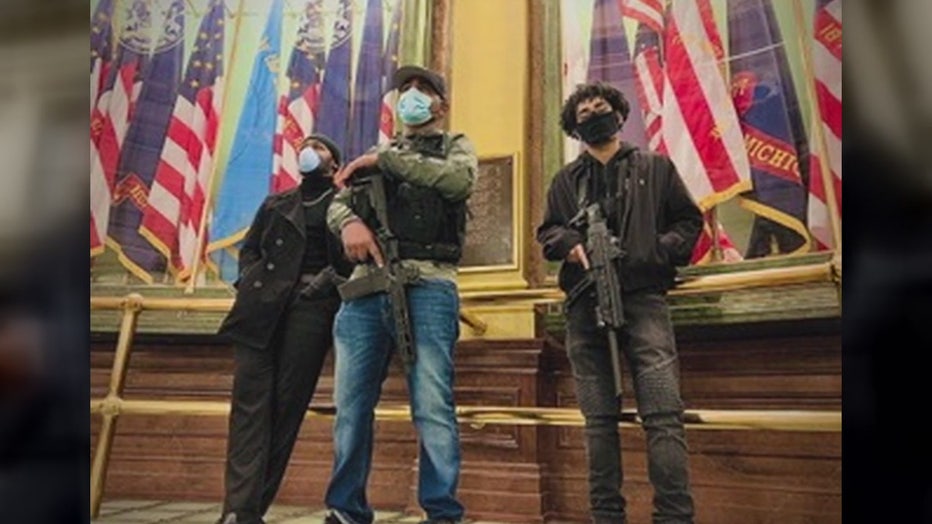 For many, the armed lockdown protests in which the vast majority of demonstrators were white, struck a nerve.

"I dare say if Randy Wimbley and Wendell Anthony came up to the state Capitol strapped to the hilt that you and I would not be treated with such grace, such tolerance as they were treated in this instance," said Rev. Wendell Anthony, NAACP Detroit president.

Anthony was far from alone - many black Michiganders expressed the same view on social media. It is one that Lynn wants to change.

"I feel like every time a black or brown person says that, there's a room full of white supremacists that are saying 'Absolutely, you better not think of doing that.' We're keeping the narrative going that somebody has put in our minds and fed us, and we've got to stop that," Lynn said.

Lynn said that he and others are ready and willing to escort other lawmakers into the Capitol. And they plan on being at the next protest set to take place next week. 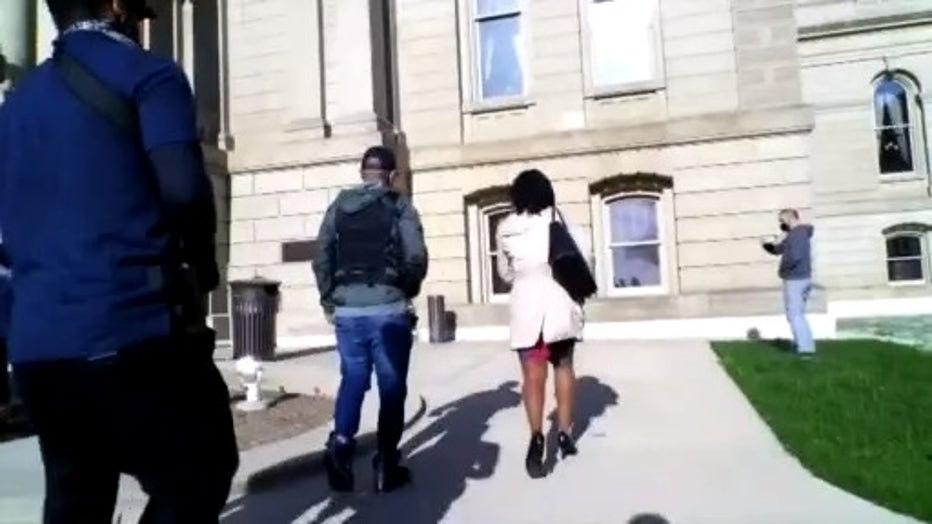