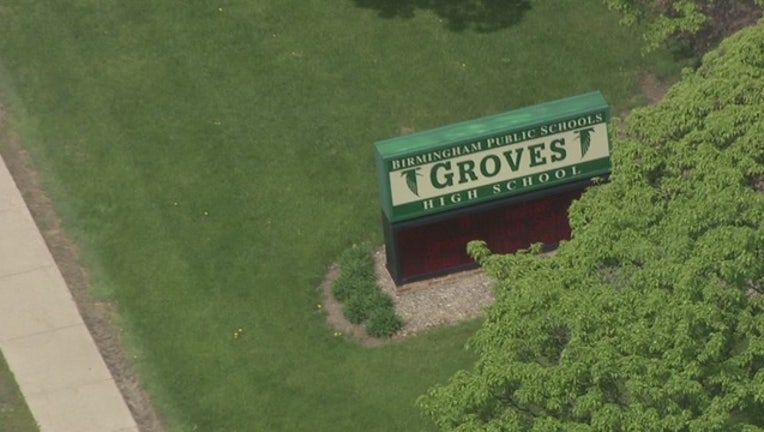 (WJBK) - Groves High School was put on lockdown briefly Monday morning because of a police situation outside of the school. The lockdown was lifted just before noon.

According to officials, the school at the corner of 13 Mile and Evergreen was locked down around 11 a.m. Monday because of a 'police situation' near the school.

Police said they got a call about an armed man on the school baseball field. Police arrived and took the man into custody.

The man is a former student at the school, according to the school's superintendent.

Police said the was armed with a weapon and describe him as 'troubled'. They said they are taking the man into custody so he could get help he needs.