FOX 2 - "I was biking 15 miles each way to get to school, it was difficult for me at times to get to class," said Chris Youngblood.

The Army veteran has been without a car this semester. Youngblood lives in Canton and is a major in aerospace engineering at University of Michigan.

Veteran gets free car from Progressive

"I was the only one selected in this state, but there is 100 nationwide they are giving away today," Youngblood said. "So yes, I was really excited."

The restored and refurbished cars are all given to veterans. And it is hard to believe that his new 2017 Ford Fusion was once totaled.

"The car had more damage than the car was worth at the time to repair it," said Dwayne Morton, Jack Demmer Collision Center. "But by getting the parts donated, it was feasible and we were able to put the thing back together safe."

"Car insurance for six months from Enterprise, it is through Progressive, so if he ever has anything that happens he is covered with some of the best Progressive people, obviously," quipped Tara Jasewicz.

"Pep Boys donated a year of oil changes, they gave me gas gift cards, they gave me all sorts of goodies," said Youngblood. "An emergency kit for the vehicle, they really thought of every little thing - so it's great."

"It's great that we're able to give this to somebody and I'm really glad we found Chris this year and it can really make a difference for him," Jasewicz said.

"So this is huge impact for me, in terms of things you don't think about," he said. "In terms of just trying to get groceries or trying to go to a job interview." 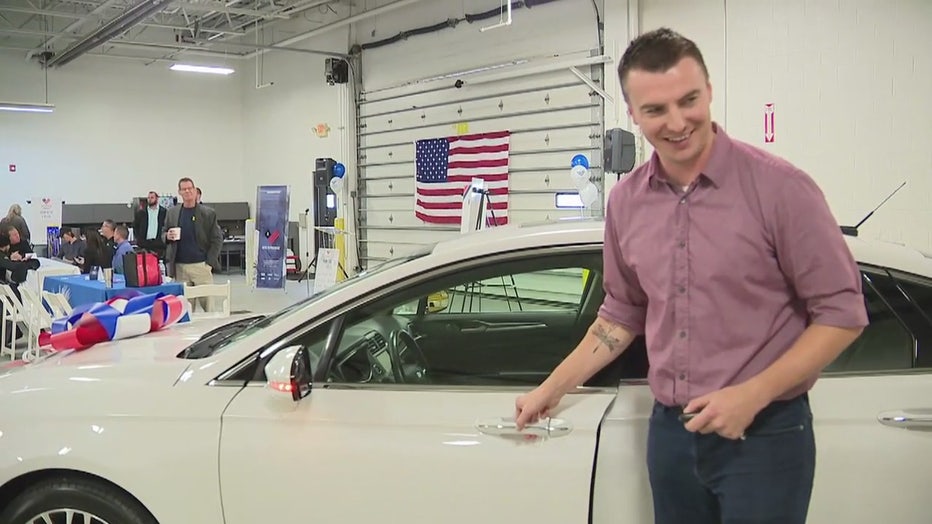