Stop by the Hazel Park City Hall to add a yellow ribbon to an interactive display honoring veterans.

HAZEL PARK, Mich. (FOX 2) - A small art installation outside of the Hazel Park City Hall pays tribute to those who have served in the military for Veterans Day.

Several police officers in the city served in the military before joining the department, including Officer Christopher Voorhies, who was in the Army, and Officer Joseph Gentilia, who was in the Marines.

"The gratitude we have for our veterans that work for us is great," Chief Brian Buchholz said. "It's awesome that they're continuing to service the community as police officers."

The city is inviting people to visit the art installation in honor of vets. 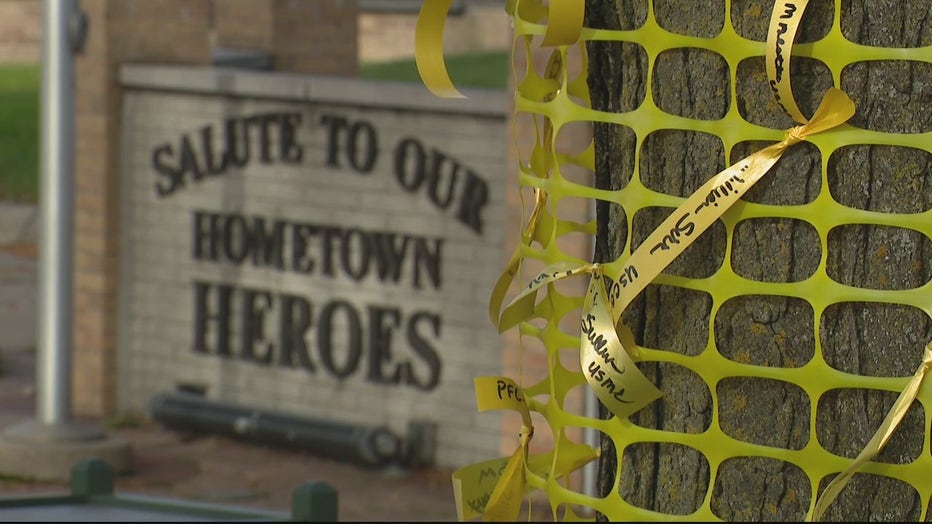 "Just remembering the service, the sacrifice that so many people make. The majority of the service members, they're giving their youth, their 20s, their 30s, to serve their country and it's nice to be remembered," Gentilia said.

Voorhies was there remembering a good friend who died in Iraq. Another veteran, Keith Ross, stopped by to tie a yellow ribbon to a tree. 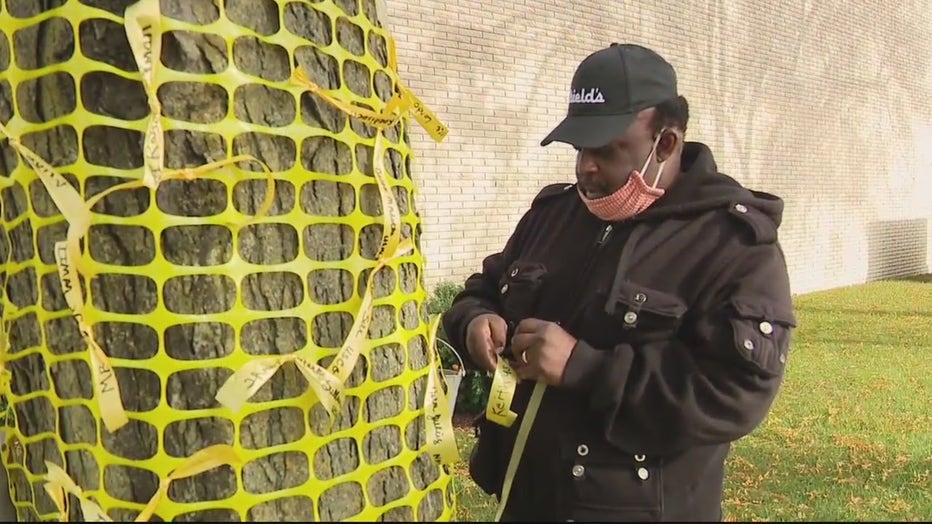 Ross entered the Army in 1976 and served during the Vietnam era.

"I went in as a youngster, but the Army makes a man of you. If it weren't for the Army, I wouldn't be where I'm at today," he said.

The exhibit will be at city hall until Saturday. It will then be moved to the library through November. After, it will be placed at the Hazel Park Historical Museum.