"I thank god every single day for her," she says of her 18-month-old.

But for Woodson, who was 48 years old when she had her baby, the mere fact that she even finds herself in this situation might be a miracle. Woodson spent 29 years in prison for murder, receiving a life sentence when she just 17 years old.

In her mind, it was vital to her growth.

"I believe if I hadn't went to prison, I would have ended up dead," she said. "I would never ever in my wildest dream ever thought that I would be labeled a murderer."

Sentenced to life for murder, one woman is now working to save others from making the same mistake

Redeeming Kimberly is a nonprofit that actively works with returning citizens by helping them secure housing, food, clothing, and a job.

Back then, she went by Kimberly Simmons. Before her conviction, Woodson was pregnant and the father of her unborn baby was sleeping with another woman. To get back out her, Woodson and some older friends planned to get back at her - by firebombing the woman's house.

When the deed was done, Woodson wasn't there and her friends didn't know an elderly woman was in the house at the time. That woman, named Amy Brown, was killed in the fire.

"Everything in my upbringing kept saying 'Woah, this is going too far,' but I wanted to fit in," she said. "I just said nothing, and because of that Miss Brown died. I feel like what happened to her was horrible and it's nothing I can ever do to bring her back.

"But I vow to spend the rest of my life doing something positive," added Woodson. "We have to show that we have redeemed."

Woodson took her first step on that road to redemption after the Supreme Court ruled juveniles serving a life sentence should have their sentences reviewed. Woodson was one of the convicts who had her case reviewed. After getting resentenced and released from prison in 2017, she started a nonprofit titled "Redeeming Kimberly."

The nonprofit assists returning citizens with securing housing, food, clothing, and jobs. Donations often come in through the Church of the Messiah and are distributed to people in need and have received a second chance.

"It's more than a second chance. For me, it's like a first chance," Woodson said. "I finally have an opportunity to do something different."

One of the events she has planned along that path is at the same church, taking place Feb. 22. Woodson is inviting families of victims of crime to share their stories and inviting returning citizens to attend as well. 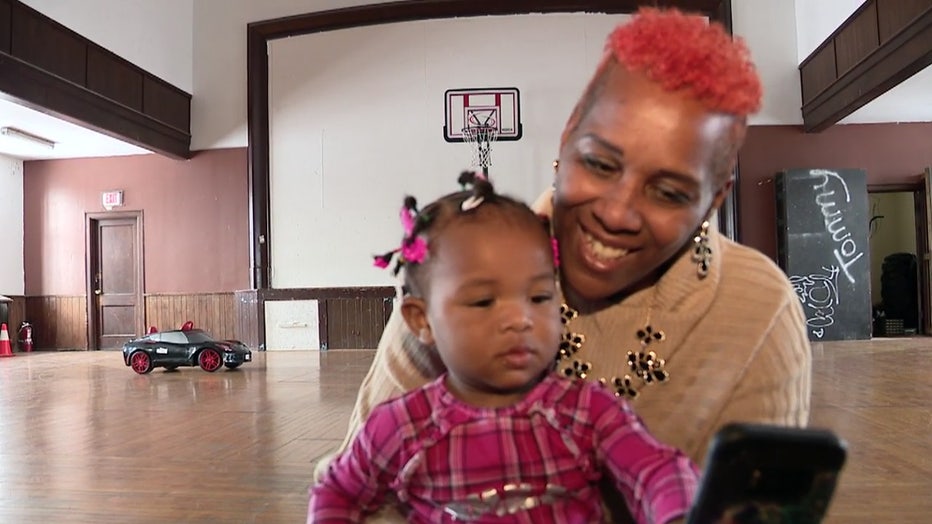 "For that person to share their pain and for someone like myself to stand up and say 'I'm sorry that happened to you, that you went through that - that you lost your loved one,'" she said - it's something that Woodson wishes she could say to Miss Brown.

Until the day she can, she said she's planning on telling as many victims the same sentiment.

"I can't tell it to her yet, but I can tell it to as many victims as I can," Woodson said. "That little simple act can change a whole narrative in a conversation and start us to be a whole community again."

"I feel like everything I went through was designed to help somebody else and if I just save one, it will all be worth it," she added.

If anyone would like to reach out to Kimberly Woodson directly, they can email her at redeemingkimberly5317@gmail.com or call her at (313) 957-1410.