PONTIAC, Mich. (FOX 2) - The Auburn Hills dad accused of driving drunk with his young 4-year-old son in the back seat over the weekend arrived in court with a car seat and is out on a $700 bond.

Keron Kirkendolph was officially charged Wednesday with drunk driving, driving with an expired license, and child endangerment. It all stems from his arrest Saturday morning just after midnight in the northbound lanes of I-75.

The man stopped by Troy police for suspected drunk driving was arraigned Wednesday on multiple charges after police said he was driving drunk on a closed portion of I-75 with his son in the back seat.

A Jeep Compass was being driven on the section of I-75 that's currently closed for the major reconstruction project and construction workers directed the SUV off of the closed freeway as police arrived.

Kirkendolph told police he was just trying to get his son home to Auburn Hills from Detroit, but the boy wasn't buckled in as he slept in the backseat.

Police say Kirkendolph blew over .16, twice the legal limit. His defense attorney says he has two jobs and doesn't have a drunk driving record.

"This is a misdemeanor. This is not a felony, nobody got hurt. And the system will deal with it appropriately and I'm here to protect his rights," said attorney Allen Wolf. 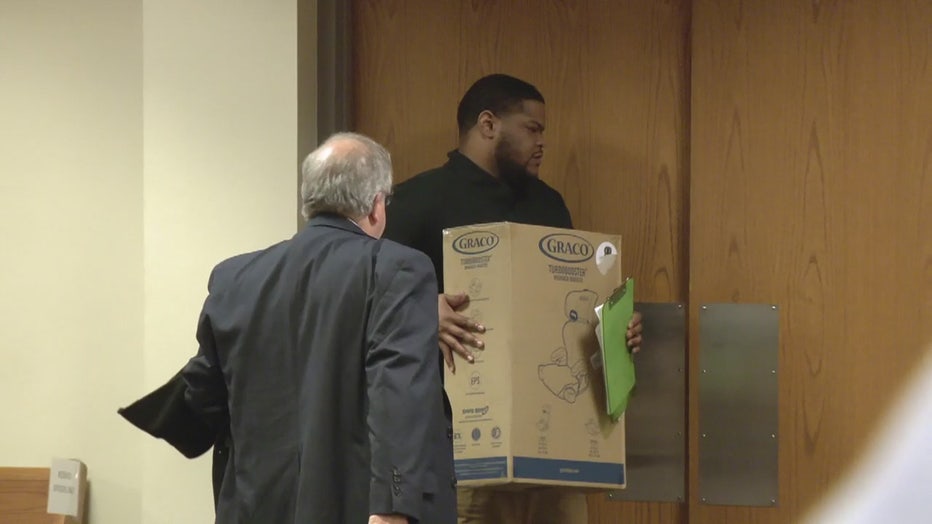 On Wednesday, the 29-year-old father left court with a car seat. Wolf said he did it to show he is responsible.

"He brought the car seat in to show that he has an appropriate car seat, it wasn't necessary for today's court appearance," Wolf said.

Wolf said the driver's license issues have been resolved.