Sterling Heights arrested a man wanted for home invasion after he led police on a high-speed chase Friday night that ended when he ran out of gas on M59.

STERLING HEIGHTS, Mich. (FOX 2) - The Sterling Heights Police Department said a man wanted for home invasion and assault was arrested after breaking into a home, hitting a police officer, and then leading a high-speed chase until he ran out of gas.

Police said 24-year-old Najib Azooz was arrested Friday night after they were called to a home invasion on Westchester Road in Sterling Heights.

When police arrived, they said there was broken glass from a rear door wall and a suspect was seen leaving the home. When they tried to stop him, he ran on foot.

A second suspect was sitting in a black Mercedes and drove off, hitting one of the officers. Sterling Heights Police chased after him for about 10 minutes hitting high speeds until the car came to an abrupt end on westbound M-59 near Auburn Road.

Police said the car ran out of gas in the middle of the chase.

Home invasion suspect runs out of gas while fleeing police

A man accused of breaking into a Sterling Heights home ran out of gas when he tried to run from the police.

The suspect was taken into custody without incident and they found money and other personal belongings that had been stolen from the home.

The officer hit by the car was hospitalized with minor injuries.

WATCH: Police: Woman who shot at car thought she was recorded urinating in parking lot

Sterling Heights Police said they believe the home was targeted by the suspects as the homeowners had posted on social media about celebrating a family member's wedding.

Police warn not to share private information as it could make you a potential victim by criminals.

Like news like this? Get the FOX 2 News app and we'll send you news that you need to know.

Police identified only one suspect, Azooz, and based on the information provided by police, it's believed he was driving the car. The other suspect was not identified. 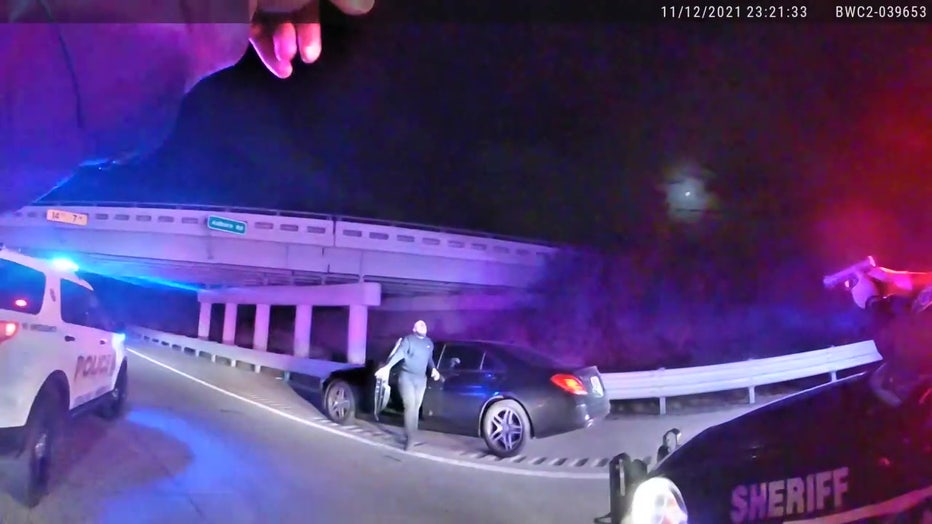